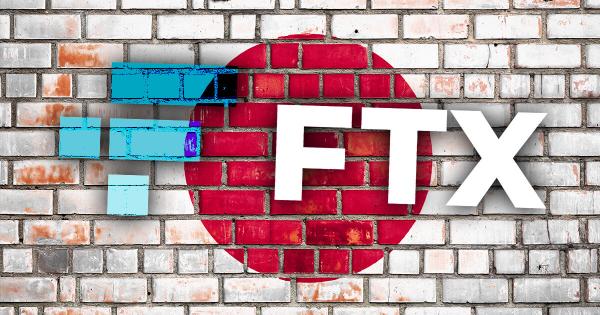 Japanese users of failed crypto exchange FTX might soon be able to withdraw their funds as the Japanese subsidiary said it is working to make funds available to their customers.

“This week, we were able to confirm with the law firm representing the FTX group in the Chapter 11 bankruptcy proceedings that Japanese customer cash and cryptocurrency should not be part of FTX Japan’s estate given how these assets are held and property interests under Japanese law,” FTX Japan said in the recent statement.

Additionally, the Japanese subsidiary confirmed that its management is regularly in touch with the Japan Financial Services Authority (FSA) and the Kanto Financial Bureau regarding the current situation with the withdrawal services and the ongoing bankruptcy proceedings.

The firm has shared the plan’s first draft with the authorities, and further consultations will occur regularly after reaching key milestones.

Prior to the recent statement, an unnamed FTX Japan executive spoke to a local broadcaster on November 21 and said the company is working on ways to resume withdrawals by the end of the year.

The development comes after the Financial Services Agency of Japan (FSA) took administrative action against FTX Japan on November 10 after its parent company halted withdrawals without any explanation.

In addition, the Japanese financial regulator imposed several orders on the exchange – one for business suspension, one for holding assets domestically, and the last for improved business practices. Since FTX had credit problems, the FSA instructed the firm to suspend over-the-counter derivatives and customer deposits.

The company held 19.6 billion yen ($138 million) in cash and deposits as of November 10, when FSA ordered it to suspend operations.