Founding PayPal CEO Calls Bitcoin a “Scam”, Here Is Why He Is Wrong

Founding PayPal CEO Bill Harris has labeled Bitcoin the “greatest scam in history” in a frustrated blog post earlier this week, referring to the cryptocurrency as a “colossal pump-and-dump scheme” and addressing cryptocurrency investors as “losers.” The founding CEO of what is now one of the most widely used payment platforms in the world took […] 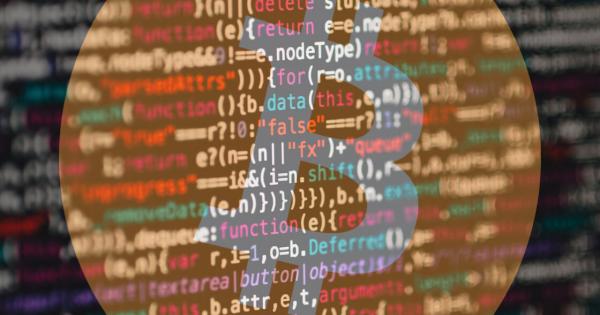 Founding PayPal CEO Bill Harris has labeled Bitcoin the “greatest scam in history” in a frustrated blog post earlier this week, referring to the cryptocurrency as a “colossal pump-and-dump scheme” and addressing cryptocurrency investors as “losers.”

The founding CEO of what is now one of the most widely used payment platforms in the world took to Recode to share his thoughts on the cryptocurrency revolution, which is currently a major threat to PayPal’s market of operations.

Bill Harris, the founder of Personal Capital, has an axe to grind when it comes to cryptocurrency, unequivocally denouncing Bitcoin as a scam:

According to Harris, “a Bitcoin has no value at all,” a perspective that is, apparently, based on a series of flawed, highly reactionary and poorly-researched opinions – all of which lack objective fact. While Harris may be ill-informed when it comes to the reasons behind his anti-Bitcoin stance, the issues the PayPal founder highlights during his recent teardown of Bitcoin are worth addressing, if only for how frequently they are brought up by cryptocurrency opponents.

Why Bill Harris is Wrong

Harris brings up a number of different reasons as to why he believes that investing in Bitcoin is sure to result in the loss of all investor capital, focusing on three primary points that don’t specifically address Bitcoin but are rather aimed at cryptocurrencies in general.

Harris states that according to promoters, cryptocurrency is valuable as a means of payment, as a store of value, and as a “thing in itself.” And according to Harris, none of these things are true.

Bitcoin, which can currently be used as a currency at hundreds of thousands of stores and businesses around the world including Microsoft, KFC, Playboy, Subway, massive retail electronics giant Bitflyer, as well as online retailer Overstock, is experiencing rapid adoption. It’s now possible to use Bitcoin to pay for holidays via Expedia, purchase virtually anything via ecommerce platform Shopify, or even travel to space with Virgin Galactic.

Harris, however, states that “Bitcoins are accepted almost nowhere,” and that the volatility of Bitcoin makes it “useless as a means of payment.”

The second point highlighted by Harris is that Bitcoin is useless as a store of value as its extreme price volatility makes the cryptocurrency an undesirable store of value. An ideal store of value will be immune to inflation and will ideally appreciate in value.

The last point of contention presented by Harris is perhaps the most interesting. Harris argues that “a Bitcoin has no intrinsic value” and refers to the greater fool theory, stating that Bitcoin is driven by the irrational beliefs and expectations of market participants.

To follow Harris’ logic, the US dollar has no intrinsic value either. Consider the definition of US currency, taken from the US Treasury website:

“Federal Reserve notes are not redeemable in gold, silver or any other commodity, and receive no backing by anything This has been the case since 1933. The notes have no value for themselves, but for what they will buy.”

Similarly, Bitcoin is only worth what it will buy. According to the free market, Bitcoin is worth gold, real estate, and luxury vehicles. Harris argues that some cryptocurrencies, such as randomly-selected token Sweatcoin, serve no purpose than to be used as frequent flyer points or online coupons, stating that there is no need for complex encryption in this case.

Bill Harris Has the Facts Wrong

Bitcoin and other cryptocurrencies focus not on creating a new currency or one that can be better used by criminals to avoid the law, but instead on putting the power of value control back in the hands of those who hold it. Bitcoin allows individuals to “become their own bank,” controlling the way the value represented by their currency is stored, managed, and transferred.

Decentralization isn’t the only element of blockchain technology that flies far above the head of Bill Harris. According to Harris, mining Bitcoin is “stealing” Bitcoin:

Hackers are getting into the act. It’s estimated that 90 percent of all remote hacking is now focused on Bitcoin theft by commandeering other people’s computers to mine coins.

Harris also emphasizes the “relatively slow and expensive” nature of Bitcoin transactions. Relative to what is unclear — even the hour-long transaction times referenced by Harris in his post are dramatically faster than the days upon days a standard SWIFT transfer takes to complete.

Harris appears to find it difficult to understand reality:

“In what rational universe could someone simply issue electronic scrip — or just announce that they intend to — and create, out of the blue, billions of dollars of value? It makes no sense.”

The same universe, apparently, in which the Emergency Economic Stabilization Act of 2008 allowed the United States Secretary of the Treasury to just “announce” that they intend to create, out of the blue, $700 billion dollars in value backed by nothing other than the national debt of the country in order to keep a decaying incumbent financial paradigm — of which Harris is an instrument — alive.