FinNexus, a Fintech firm that’s creating an open-source finance protocol, is planning to launch a digital asset platform on the XRP Ledger. 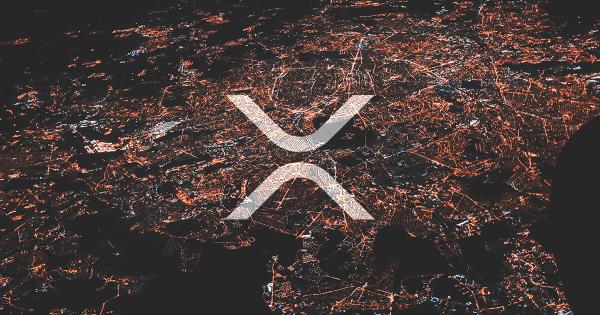 FinNexus, a Fintech firm that’s creating an open-source finance protocol, is planning to launch a digital asset platform on the XRP Ledger. FinNexus’ “one-stop shop protocol” has been built on the three core pillars of the rapidly evolving decentralized finance ecosystem: diversity, value, and convenience.

The privately-held DeFi firm aims to create marketplaces that provide virtual tokens which represent real-world assets like stocks, bonds, and exchange-traded funds. As mentioned in its 2020 roadmap, FinNexus will use the XRP Ledger to “issue tokenized assets.”

The base layer of FinNexus has been implemented on WanChain, a public blockchain platform. The company confirms that it intends to work with other open and decentralized protocols in order to further expand its network.

FinNexus to partner with other public chain developers, businesses, and communities

FinNexus’ FNX token will be based on Wanchain’s WRC20 protocol, and it will be listed on major crypto exchanges after the company concludes its initial convertible token offering next month.

“Cooperation and partnership are crucial to the success of our business. In 2020, our focus will be to partner with other public chains, in addition to Wanchain (WAN), to connect not only in protocols but also in business and communities. Partners with quality assets, either on-chain or off-chain, and partners capable of underwriting these assets will be the key users of the FinNexus protocol clusters.”

Layer-two solutions such as payment channels, centralized and decentralized exchanges, traditional financial platforms, and legacy financial infrastructure will all be connected via the “fat protocol.”

The NexusFin team noted: “The entire suite of financial services middleware is within our business scope. But we aim to solve these connectivity issues for one set of problems at a time, hence we use the concept of ‘protocol clusters’ to describe our process of business and protocols development.”

The NexusFin team will release the FNX token’s smart contract and other ICTO-related contracts in the coming months. The team will also publish an extensive FNX technical paper on FNX protocols.

FinNexus consists of a protocol suite that is made up of multiple protocol clusters that fulfill different functions. Initially, FinNexus will focus on three main “protocol clusters” which include a Blockchain Interaction Protocol (BIP) at the base layer. The development team will also release a Protocol Cluster for Assets Payments (PCAP), and an Assets Distribution Protocol.

FinNexus will work cooperatively with WAN to implement the BIP, which will consist of faster and user-friendly channels to link on-chain assets to smart contracts on multiple chains. A PCAP may be created by connecting to several crypto networks that are associated with different digital currencies, such as Ripple and XRP, the FinNexus team explains.

The protocol’s developers say they will try to use Interledger to create payment channels for FNX. They’ll also use the XRP Ledger to issue digital assets that may be traded for stablecoins.