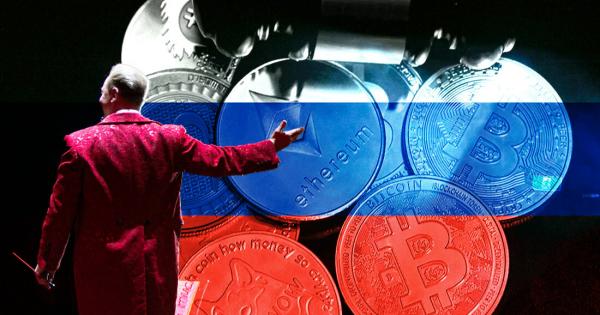 It looks like no matter how hard they try, Russian legislators are unable to tackle the topic of cryptocurrency regulation without near-banning digital assets. Further, some recent developments have shown that regulators’ right hand apparently doesn’t always know what the left is doing at best—or tries to undermine it at worst.

Case in point, both the Russian Ministry of Finance (Minfin) and the central bank divulged their own versions of new crypto-related proposals last Friday. And while Minfin’s bill suggests giving crypto investors at least some leniency (although not much), the central bank simultaneously proposed—yet again—to make cryptocurrencies outright illegal in any shape or form and to impose massive fines for dealing with them.

“Recently, the situation around [crypto] regulation in Russia has been reminiscent of a circus. First, the central bank wants to ban everything, then President Vladimir Putin says his weighty word and a good bill prepared by the Ministry of Finance comes out,” Maria Stankevich, development director at crypto exchange EXMO, told RBC.

Stankevich further explained that local crypto exchanges have been actively discussing the possibilities and procedures adopted in other countries with the State Duma and other authorities in order to improve the existing draft law. “And then the central bank publishes another document where it proposes to ban everything and impose huge fines,” she continued.

“I sincerely believe (after watching the conference and reading the bill) that there are no people in the central bank today who understand at least something about cryptocurrencies,” Stankevich noted. “I think that, as always, Vladimir Putin will have the final say. But since we have already heard his point of view, I think the Ministry of Finance will win.”

On paper, Minfin’s draft bill is a bit more liberating for crypto enthusiasts. According to it, cryptocurrencies will at least be viable as investment instruments, although payments with digital assets would still remain illegal. However, there’s a catch.

Even for investment purposes, Minfin’s bill imposes draconian limitations. For starters, even those retail users who successfully pass some special “test” to demonstrate their knowledge of crypto won’t be able to invest more than 600,000 rubles (roughly $7,600 at press time) a year in digital assets. Meanwhile, people who can’t (or won’t) pass this test will be able to invest only up to 50,000 rubles ($630) in cryptocurrencies per year.

“On one hand, this requirement is understandable. Financial authorities are thereby trying to protect Russians from rash investments in cryptocurrencies and potential risks associated with such investments. But on the other hand, the restriction of 50,000 rubles looks overly strict,”

Soshnikov added that it is indeed not clear why retail investors who pass the test shouldn’t be able to invest more than $7,600 in crypto annually. Especially since investments in stocks issued by Russian companies, for example, are not subject to such strict rules.

“As recent days have shown us, they also demonstrate strong volatility since they are highly exposed to geopolitical risks,” Soshnikov continued. “It is also curious that such limits are not imposed on qualified investors and legal entities, that is, the tilt towards institutional presence in cryptocurrencies is obvious.”

Naturally, Minfin’s proposed restrictions don’t end there. Apart from rigorous know-your-customer requirements, all crypto exchanges will have to be added to a special registry and obtain a corresponding license from an authorized body.

Sergey Mendeleev, CEO of financial services provider InDeFi Smartbank, was a lot less courteous. Speaking to CryptoSlate, he opined that in its current form, Minfin’s proposal is hardly any different from a blanket ban on crypto.

“Any person understands that we are essentially talking about a total ban. I don’t see any difference between the proposals drafted by the central bank and the Ministry of Finance. Both effectively make crypto-related operations impossible in the Russian Federation,” Mendeleev told CryptoSlate.

But at least something good can come out of those new bills, he added ironically, and that’s the knowledge about how to bypass them.

“But in general, thank God. As at one time, idiotic bans enacted by Roskomnadzor led to the fact that anyone now knows how to use VPN and TOR,” he inferred. “So such measures in relation to cryptocurrencies will only contribute to the formation of a truly decentralized market and obsoleteness of fiat banks that are living out their last decade.”