Ethereum’s market cap now places it as one of the top 15 assets by market cap in the world. 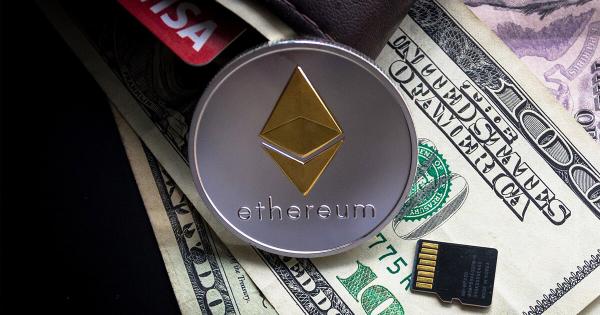 The crypto industry has had one of the best years as it witnessed a whole level of mass adoption from both retail and institutional investors.

While this has had a positive effect on the value of some flagship digital assets like Bitcoin and Ethereum, the market cap of these assets also shows the extent of the growth the space has seen.

According to available data, Ethereum’s market cap has now flipped that of some of the biggest financial institutions, including that of JPMorgan, in the world.

So $ETH has surpassed every global bank’s market cap…

and you’re “still not sure” if this whole blockchain / crypto thing is here to stay? 🤨 pic.twitter.com/oIlptH8SYn

Kris Kay DeFi, a twitter user, first pointed this out on December 1 via a tweet which showed that Ethereum’s market cap was $550 billion. Per his tweet, the growth of the space is an indication of how far the coin has come in recent times.

As of press time, Ethereum’s market cap stands at around $480 billion after falling by close to 5%, despite this, it is still among the top 15 assets by market cap in the world with only the likes of Facebook’s Meta, Tesla, Amazon, Bitcoin, Apple, Microsoft and other popular assets before it.

How Ethereum got this far

Ethereum’s blockchain is undoubtedly one of the most popular and most used blockchains in the crypto space as it is the most preferred blockchain for Decentralized finance (DeFi) applications due to its smart contract features.

Interestingly, many analysts have predicted would eventually usurp the traditional finance space.

Apart from this, the network also processes over 1 million daily transactions via its network making it one of the most used crypto networks.

However, its growth is being hampered by the record-high transaction fees which it has been combatting with the implementation of the EIP-1559 alongside a switch to being a proof of stake network.