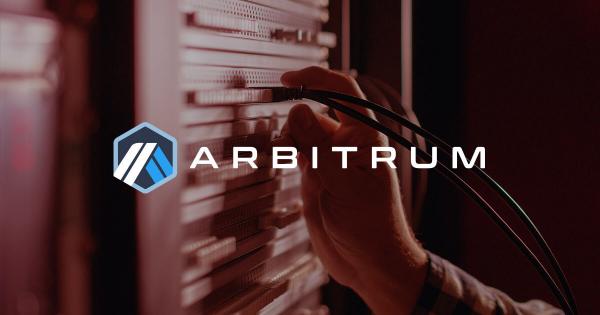 The layer two network of Ethereum known as Arbitrum suffered a seven-hour temporary outage following a hardware failure. The network’s sequencer failure hindered the processing of transactions for the said duration, which was later fixed by the network administrators.

The network took to Twitter to inform users about the temporary downtime that it was experiencing due to a sequencer failure.

We are currently experiencing Sequencer downtime. Thank you for your patience as we work to restore it. All funds in the system are safe, and we will post updates here.

As per the data acquired from Arbiscan and Off-chain Labs, the last block that was processed on the Arbitrum project chain was 4509808, at 10:29:22 UTC, after which the network went down for approximately seven hours.

Arbitrum is Ethereum’s layer 2 scaling solution, which has nearly $2.5 billion of assets locked in. The network has attracted a lot of credible DeFi protocols since its launch including Balancer and Uniswap. The network utilizes Optimistic rollups that process transactions at comparatively higher speed and have lower costs than the base chain by sending the transactions as call data to the Ethereum mainnet. The layer 2 protocol was launched in September after a whopping $120 million funding round.

On January 10th, the network administrators posted another blog post, explaining the causes that resulted in the seven-hour network outage which has now been resolved at the time of writing.

“The core issue was a hardware failure in our main Sequencer node. While we generally have redundancies that would allow a backup Sequencer to seamlessly take control, these also failed to take effect this morning due to a software upgrade in the process.” The blog post stated

The team also stressed the fact that the network is still in its “beta phase” and assured the users that it will continue its efforts to minimize the sequencer downtime and make the network fully decentralized in near future.

“The Arbitrum network is still in beta, and we will keep this moniker as long as there are points of centralization that still exist in the system. ” the post further stated, “In the coming days, weeks, and months, we will continue on this twofold path of minimizing Sequencer downtime, and at the same time achieving the ultimate goal of full decentralization.”