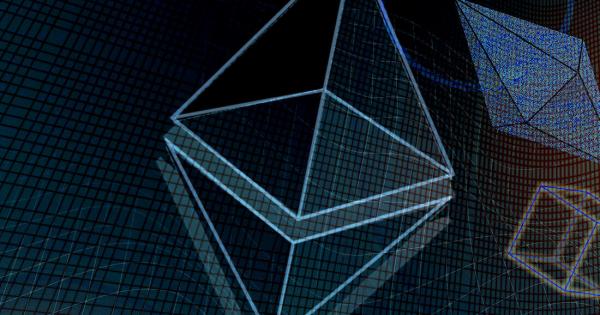 When merge? This question is being asked with increased frequency and intensity as the developers of the Ethereum clients and testnets are getting closer to The Merge by the day. To this point, the testnet Kiln was launched just two days ago, and developers have now successfully completed a transition from the proof-of-work consensus mechanism to the looming proof-of-work mechanism that the real Ethereum mainnet will merge to sometime this year.

The merge of what is now called the old execution chain and the new consensus chain really took off over two years ago with the successful launch of the so-called beacon chain in December 2020. Since then, Ethereum developers have run a number of tests on various testnets to test the transition process and other important technical systems.

The Kintsugi merge testnet, launched late December, has been a valuable testing ground for The Merge, according to a blog post by the Ethereum Foundation, EF. Through various test suites, multi-client devnets, shadow forks of the proof-of-work testnet Goerli, application deployments, and the community’s help, clients have implemented these latest specs and developers have arrived at a set of stable and robust protocol specifications.

Only two days ago, the Kintsugi testnet was replaced with the launch of the Kiln testnet. Like the Ethereum (ETH) mainnet, Kiln’s execution layer was launched under proof-of-work in parallel to the beacon chain running proof-of-stake. These two chains have now successfully merged by letting the beacon chain take over the transaction validation functionalities performed by the Kiln network up to the point of the merge.

And it seems to have worked 🎉 Post-merge blocks are being produced by validators, and they contain transactions! https://t.co/xearnsuZFp

The merge process will be tested several times

According to Prysm Ethereum client developer Marius van der Wijden, developers will perform a lot of shadow forking to repeatedly run the merge process several times to make sure the merge transition process itself runs smoothly.

“It’s a great way to test the performance and the transition on mainnet,” van der Wijden says.

Initially, van der Wijden’s team ran into some hiccups with the Prysm client.

Hey #TestingTheMerge @elbuenmayini and I had a big brain moment today and we figured out why prysm was proposing bad blocks during the transition on Kiln today. A great reminder why we do these testnets! There are a couple of small issues that teams are looking into atm. pic.twitter.com/Gcw29OsYqD

By the completion of the Kiln merge, the process of merging the Ethereum mainnet is on track and is expected to happen in the coming months. The exact time of the merge is still not set as there remains some testing to do on the merged Kiln testnet to assure clients are working as expected.