Ethereum community argues over the state of Ethereum censorship through OFAC compliant MEV-Boost relays. Should investors be worried? 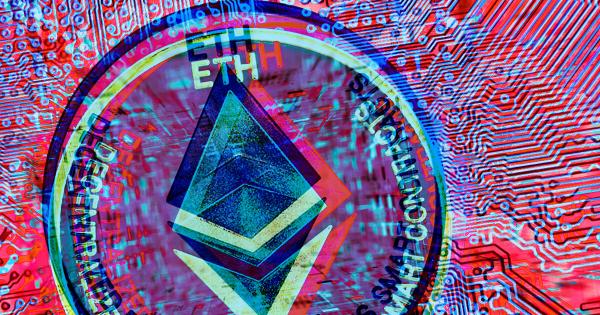 The founder of Gnosis Safe, Martin Koppelmann, took to Twitter to debate the importance of reviewing the state of censorship on the Ethereum blockchain. Koppelmann stated, “there is no wide agreement that this needs to be fixed.” However, several responses debated Koppelmann’s thesis, commenting, “the amount of blocks processes by OFAC censored is misleading.”

The number of blocks that will not include transactions to Tornado is one thing. What troubles me more is that there is no wide agreement that this needs to be fixed. pic.twitter.com/BfcqlxNKQ2

The impact of OFAC compliance

Former member of the Ethereum Foundation, Hudson Jameson, contended that 65% of Ethereum blocks being OFAC compliant had “hear 0 impact” currently but agreed that it needed to be fixed. Jameson claimed that FlashBots and Suave are working on a solution to its MEV-boost relays censoring blocks to be OFAC compliant.

Jameson quoted T. M. Basile Genève, co-host of the Network Age Podcast, who posted a thread on October 17 stating that Ethereum censorship is “95% FUD, 5% todo list.” The thread assumed that the fear of around 65% of Ethereum nodes being OFAC compliant was related to a possible 51% attack.

A 51% attack on the Ethereum network would require a bad actor to “consistently not build on others’ valid blocks, presumably in order to censor the contents of those blocks.” Such an attack is not likely, according to Genève. “NOTHING LIKE THAT IS HAPPENING.”

5; In current Eth, however, **NOTHING LIKE THAT IS HAPPENING**.

Instead, validators are excluding some transactions when *creating their own blocks*, but building on prior valid blocks as normal.

However, a 51% attack is not the primary driver for many criticisms of the current state of the Ethereum network.

Censorship solutions in the works

Jameson argued that the Ethereum community is working toward a solution by asking for community input, running mini-cons and workshops, then declaring, “I’m confused about what else they could be doing?” Jameson then argued that “it’s dangerous to choose the wrong battles and amplify a threat that isn’t current,” while advocating for censorship resistance.

No one said don't talk about it. I complain about the nuisance and miatruths around the subject. We should all be paranoid and fighting for censorship resistance, but it's dangerous to choose the wrong battles and amplify a threat that isn't current.

Changing of the status quo

Koppelmann disagreed with Jameson that the current situation was causing no harm as he believes that “it’s suddenly an explicit decision to be non-censoring, and it’s already a minority.” The existence of a “non-censoring node” is one that Koppelmann believes is causing harm as “it is quite foreseeable that running a non-censoring node will become suspicious.”

A short time ago the risk to run a Ethereum node (validator) was 0 as everyone was doing it. Now at rapid pace the default/norm is becoming the exception. At the current speed of development it is quite foreseeable that running a non-censoring node will became suspicious.

Jameson’s rebuttal reasoned that miners have been censoring some transactions on Ethereum as far back as 2017, but “much less alarm was raised.” Further, he pointed to “an actual plan and roadmap to eliminate the problem altogether.”

2/ in stone yet at all. There is an actual plan and roadmap to eliminate the problem altogether (Suave) so even if norms form (I disagree that they will) it will be eliminated anyway. So I ask again, is anyone being harmed today or is this fear of normalization even in the face

Koppelmann’s argument remains a divisive one. Is Ethereum censorship currently a problem, and has a ‘censoring node’ become the default for validators? Koppelmann thinks that “defaults matter, and they are presently shifting dramatically. In contrast, others in the community point to direct work being done by Flashbots and members of the Ethereum foundation asking for community input into finding a solution.

It is hard to argue that there is a move toward censorship-compliant blocks by reviewing the data directly. However, there is also faith in understanding the roadmap for Ethereum development and potential solutions that could be put in place to solve the problem.

The below Tweet highlights the increase of OFAC-compliant blocks by the major validators. Lido has grown to 51% from just 35% a month ago. However, it appears that several solutions, including shutting down specific relays, could alleviate the problem almost overnight.

While Ethereum’s censorship resistance is an important topic for many involved in crypto, it is also essential to understand that the on-chain data does not tell the whole story. Work is being done in an open public forum due to the open-source nature of Ethereum. Those concerned about the future of the blockchain are invited to join in the discussion. A straightforward way is to contribute or comment on the GitHub project for Ethereum.

Programmer Phil Daian claimed that “Ethereum is not being censored today” while positing, “if you look into *who* is putting energy into moving the needle, the answer is not the people yelling on twitter.”

thank you for being a rare dose of sanity!

Ethereum is not being censored today. it is not a problem for users this second. it is not the ideal status quo, and if you look into *who* is putting energy into moving the needle, the answer is not the people yelling on twitter

The direct impact at present is that blocks related to OFAC-sanctioned addresses are processed slower due to less than 40% of validators adding them to blocks. The effect is minimal at present. However, a solution is potentially needed to avoid further complications if the ‘censorship’ hits 100%. At that point, no OFAC-compliant blocks would be processed. However, given the community sentiment, it seems that a fix may be on the cards before this becomes a reality. 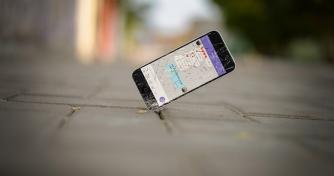 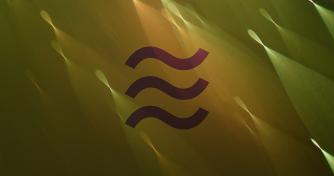 END_OF_DOCUMENT_TOKEN_TO_BE_REPLACED

Martin Köppelmann is the co-founder and CEO of Gnosis.

Safe is on a mission to unlock digital ownership for everyone in web3.