Ethereum bulls defend key support, but analysts still think the top is in

It has been a rocky few days for the crypto markets, with Bitcoin, Ethereum (ETH) and most major altcoins incurring intense selloffs that have led them to erase a significant amount of the gains they incurred throughout the past couple of months. 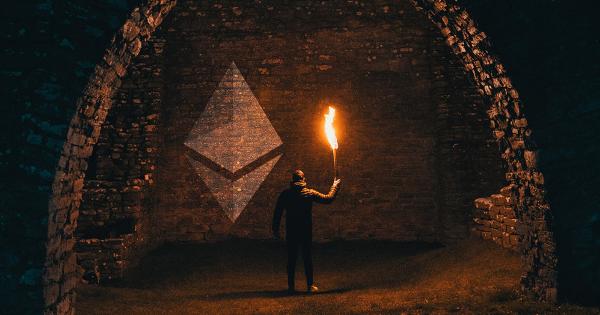 It has been a rocky few days for the crypto markets, with Bitcoin, Ethereum (ETH) and most major altcoins incurring intense selloffs that have led them to erase a significant amount of the gains they incurred throughout the past couple of months.

Ethereum has been particularly impacted by this recent downtrend, which comes as the result of bulls’ inability to sustain the parabolic rally it incurred earlier this month.

Analysts are now noting that the cryptocurrency could be positioned for some further near-term downside, but it may first see a relief rally.

At the time of writing, Ethereum is trading down just under 10 percent at its current price of $228, which marks a notable decline from daily highs of over $250.

The fact that bulls were unable to sustain the crypto’s intense upwards momentum that occurred against a backdrop of market-wide bullishness was a warning sign that pointed to some underlying weakness.

Currently, analysts are noting that ETH’s buyers are currently in the process of defending a key short-term support level that it is trading just a hair above, and the support here could be enough to allow it to climb slightly higher in the hours ahead.

Crypto Michaël – a popular crypto trader who was previously a full-time trader at the Amsterdam Stock Exchange – pointed to a chart in a recent tweet that elucidates that he anticipates a bounce at this level to lead ETH to climb roughly 20% against its BTC trading pair.

Analyst: the mid-term ETH top is already in

Although it is possible that ETH sees a slight bounce from its current price levels, it does appear that its mid-term top is in.

AMD Traders – another well-respected crypto trader – explained that he believes ETH has topped out and is starting a “complex correction.”

“Support here isn’t anything too significant, but we could see a bounce soon. I do think ETH did top out and this is the start of a complex correction. I also don’t think the low is in for Ethereum, just so you know what my HTF bias is. Doesn’t mean I won’t trade the long side,” he said.

Unless Bitcoin begins incurring some upwards momentum that leads the aggregated market higher, it does appear to be a strong possibility that Ethereum and other major altcoins are in for further near-term losses.

According to crypto analytics firm IntoTheBlock, 43 percent of ETH addresses are in profit with the Ethereum spot and derivatives markets seeing explosive growth in key metrics, making the second-largest crypto one of the top-10’s biggest showstoppers this year. 2 min read

Step aside Bitcoin: data shows Ethereum is a hedge against global volatility

Bitcoin bulls have long been pointing to its potential as a “digital gold” as one reason why it will eventually garner widespread adoption. 2 min read

Ethereum’s intense uptrend seen throughout 2020 reached a boiling point in early-February, with ETH’s break above $200 allowing it to incur parabolic momentum that led it to highs of $290. 2 min read