EOS likely to drop inflation rate from 5% to 1% 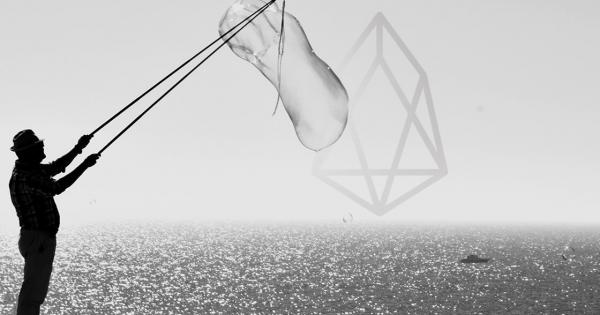 EOS is considering dropping its current 5 percent inflation rate all the way down to 1 percent in order to avoid unnecessary funds being accumulated in the network’s savings account. EOS holders are currently participating in an official poll to decide on the matter, with all participants voting in favor of the drop.

In an effort to tailor its network to the needs of its users, blockchain platform EOS has recently launched an online poll. The Ethereum competitor asked its users to decide whether or not the protocol should decrease the annual rate of inflation for its native EOS cryptocurrency.

Posted on EOS Authority, the official proposal seeks to change the current EOS annual rate of inflation from 5 percent to 1 percent. Inflation is a common occurrence in crypto economics, even Bitcoin has tapering inflation with its block rewards, but few protocols have a fixed rate.

According to EOS, out of its 5 percent inflation, 1 percent is distributed to block producers for running and securing the network. The other 4 percent of the annual inflation rate is accumulated in the EOS saving account. The accumulated balance, the company said, is left to the community on how it is spent.

As of May 6th, over 17 million EOS voted through roughly 380 accounts, leading to an effective 1.7 percent participation rate. The consensus seems heavily inclined towards dropping inflation rate with vote results showing nearly 100 percent of votes in favor of revising the inflation rate.

While the EOS community does have the power to destroy the coins if a consensus about its use cannot be reached, the company said that it has been over 8 months since any decisions have been made on what to do with the account.

Since the introduction of the inflation rate, over 35 million EOS, or around $170 million, has been accumulated in the eosio.saving account. That number continues to grow with each passing day, as around 3.6 million EOS tokens are added to the account each month. The compounding inflation also increases the overall amount in the account over time, the company noted.

Until a purpose for all of those tokens is determined, EOS decided to limit the funds that flow into the account by reducing the inflation rate. According to the protocol’s basic principles, its users decide on the fate of the network.

Despite being online for 60 days, less than 400 accounts have voted on the matter. However, while a small percentage of users participated, each and every one of them voted yes on the inflation rate reduction. While the poll will not end until June 1st, current stats show that there is very little change in “No” votes.

After the poll expires, the top 21 block producers will reduce the continuous rate of inflation through a 15/21 multisig, EOS explained. This will turn off the eosio.saving transfer action, which will effectively stop any EOS tokens being accumulated within the account.

The official proposal said that the 1 percent inflation rate going to block producers will remain unchanged and that the danger of the savings account becoming an attack vector on the network will be lessened.

The problem of uncertainty and indecisiveness regarding how funds in eos.io savings account will be spent will remain unsolved even after voting ends.

The long-awaited EOS user agreement was signed by 21 of the network’s 30 Block Producers following months of negotiation and debate following referendum gridlock.

There is evidence that a small group of block producers (miners) control the entire EOS network.