Next Goguen update brings token locking to Cardano: here’s what this will mean 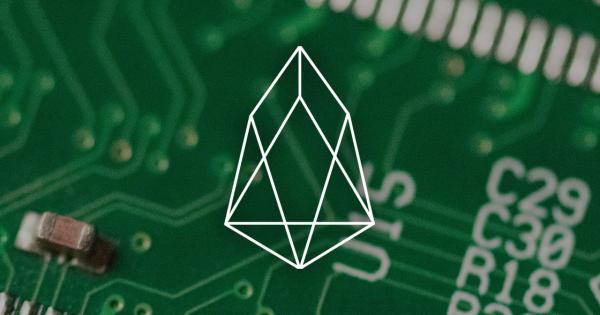 Photo by Tyler Daviaux on Unsplash

After a turbulent launch, the EOS mainnet faced further issues with its controversial network constitution and a shortage of RAM supply. On July 26, 2018, EOS block producers voted to increase the RAM supply and lower costs for developing applications on the network.

On July 26, EOS block producers voted to double the network’s supply of RAM – effectively lowering the cost of launching decentralized applications (dApps) on the network.

Decentralized applications require a significant amount of memory space to store temporary data for their programs, which developers can purchase with EOS on the EOS RAM market. Opening a new EOS account also requires a minimum of 4kb of RAM, putting the current cost of onboarding a new user at about 3.5 EOS or $30.15.

Although an innovative solution to RAM distribution, the market-based approach leaves the allocation of RAM susceptible to shortages and price inflation.

Recently, the network faced a centralization issue, with hoarders and speculators holding nearly 85% of the network’s RAM capacity – preventing developers from accessing necessary RAM for building and deploying dApps.

With over 85% of available RAM being kept by select individuals, the demand for the scarce developer resource was driving prices beyond affordability.

Block producers have the power to resolve issues with RAM capacity by voting to add new RAM to the network. On July 24, 15 of 21 active block producers voted to approve the network upgrade and increase the EOS RAM capacity from 64GB to 128GB. Requiring 15 votes to pass, the upgrade is currently in effect and will increase RAM capacity at 1kb per block (~120kb per minute) until it reaches 128GB.

Since the block producer voting session, RAM prices have fallen significantly with 1MB of RAM costing approximately 235 EOS at press time. The current RAM capacity utilization is at 76.2%, according to data by MarketstackD.