Competition for building the next generation internet hots up as Enjin makes its play. 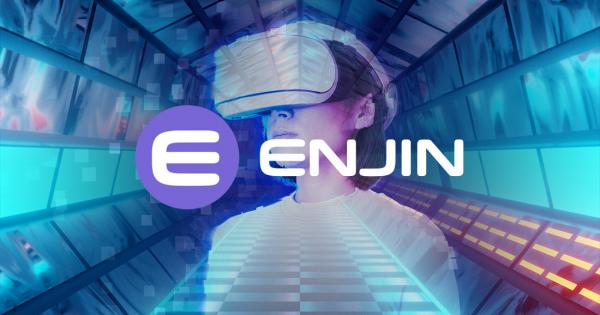 Photo by Nathan Duck on Unsplash and rawpixel.com

Social gaming platform Enjin has announced $100 million of funding for the Efinity Metaverse. This aims to support Enjin, Efinity adopters, and third parties in developing a whole host of projects, including integrations, gaming, and decentralized infrastructure, to build out the Efinity Metaverse.

“We’ve formed a US$100 million Efinity Metaverse Fund to formalize support for our ecosystem partners, and help make the decentralized Metaverse a reality.”

Recently, Facebook also revealed plans to launch its own Metaverse, sparking off wider interest in the concept of virtual worlds. But, still tainted by data scandals of the past, feedback to this offering has been less than flattering.

What is Enjin doing differently from the rest?

Efinity’s Metaverse Fund will structure financial support for its ecosystem partners via equity investments in seed or Series A fundraising rounds.

The fund also intends to purchase the native tokens of projects building on the Metaverse. They disclosed purchases for EnjinStarter, Forest Knight, Kingdom Karnage, and Splinterlands.

The overall intention of the fund is to bring Enjin’s concept of a decentralized, multi-chain metaverse into existence. Oscar Franklin Tan, the Chief Legal & Financial Officer at Enjin, said the fund formalizes this goal.

“[Early pioneers] who built with us through the trenches as one-man studios and are now spreading their wings. We’re eager to harness the knowledge of our team and longstanding communities to support the decentralized metaverse in a more systematic way.”

The key difference between this and other offerings is that Enjin conceptualizes the Efinity Metaverse as a free, open, and decentralized world. Whereas Facebook’s Meta, as a centralized service, would be the opposite.

The Metaverse is a highly underdeveloped technology, making the term little known in the mainstream. However, last week, following Facebook’s announcement of its plans to pivot into the Metaverse, the concept is gaining recognition.

In general terms, it describes a future conceived iteration of the internet consisting of shared, 3D virtual spaces and encapsulates the idea of virtual worlds and augmented reality.

Days later, Microsoft announced its plans to build a metaverse within its Teams platform, which is primarily used as a business communication tool.

With that, both Facebook and Microsoft are on course for a crunch at some future point. But, with Enjin rising as a serious contender in this race as well, the future internet is anyone’s for the taking.