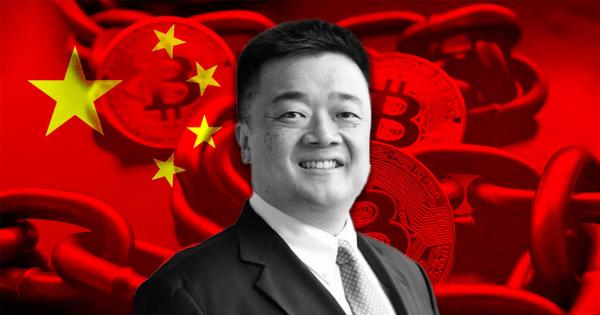 Recent FUD activity, coming from China, was a factor in BTC’s unceremonious dump several months ago.

Chinese authorities issued notices banning financial institutions from dealing with crypto firms to protect against financial risk. As well as later moving to stop miners from operating due to environmental concerns.

Both instances triggered significant drops in the price of Bitcoin when announced. Could a ban on holding Bitcoin be the final nail?

Is a Bitcoin ban incoming?

Following months of bearishness, a string of five consecutive daily green candles has returned optimism to markets. Things really set off today as Bitcoin spiked just shy of $40,000 in the early hours (GMT) before giving back some of the gains.

With that, China-induced bear talk, which has dominated proceedings for the last three months or so, has faded to the background.

But, Lee, who sold BTCC in 2018 and later started wallet firm Ballet, thinks the China crackdown may not be done. This time, Lee thinks Beijing could go for the jugular with an outright ban on holding Bitcoin.

“The next thing they could do, the final straw, would be something like banning cryptocurrency altogether.”

In the past, each time Chinese authorities enacted restrictions, citizens would come up with workarounds.

For example, the 2017 ban on yuan to token exchanges prompted users to flock to over-the-counter and peer-to-peer trading platforms to bypass the restrictions. The upshot to this was a surge in the popularity of Tether.

Despite the numerous restrictions in the past, Bitcoin and cryptocurrencies have remained legal to hold and trade. It’s perfectly lawful to buy it from, and sell it to, people, just not via companies.

However, Lee thinks the decisive factor to a complete ban by the Chinese authorities lies in Bitcoin’s success. He thinks significant price gains would trigger an outright ban.

“When Bitcoin goes to $500,000, $1 million, China might ban Bitcoin altogether when people are no longer allowed to hold it. And that’s gonna be a lot of selling pressure on Bitcoin at that time. I put the odds at 50-50.”

Digital yuan is not a factor

Some speculate that central banks will ban private cryptocurrencies, such as Bitcoin or Ethereum, in favor of promoting their own central bank digital currency.

But Lee doesn’t see it that way. At least not in respect of the People’s Bank of China. Lee said the digital yuan is not real competition to private cryptocurrencies.

“The digital yuan is really an evolution of the existing fiat money used in China. For the most part, I don’t think the regulatory agencies’ perspective about Bitcoin is caused by the upcoming digital RMB.”

In his opinion, Lee thinks any potential ban stems purely from Bitcoin getting too big.