CryptoSlate reports that Ethereum devs as a collective do support ETH withdrawals to be included in the Shanghai upgrade. 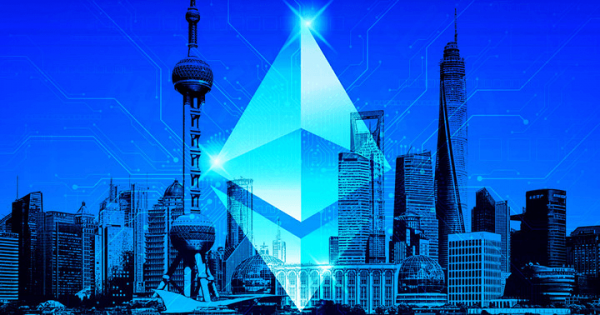 On Sept. 20, CryptoSlate published an article on the upcoming Shanghai upgrade, stating Ethereum withdrawals would not likely be activated. The piece was informed by contact with a member of the Ethereum team.

Since then, another member of the Ethereum team has been in touch to dispute the claims made in the piece.

Shanghai may or may not include Ethereum withdrawals

Ethereum deposited to the staking contract cannot be withdrawn. To date,  a total of 13.4 million ETH has been deposited with a value of $20.9 billion at today’s price.

According to the Ethereum website, Shanghai would include functionality to unlock staked tokens. But post-Merge, social media has been awash with claims that withdrawals may not be activated under the upgrade.

CryptoSlate  spoke to Micah Zoltu to understand the contents of the communication to mean the final list of features for Shanghai has yet to be decided. And the Ethereum website is incorrect.

Since the original publication went live, Zoltu has stated his comments were misinterpreted. He clarified his position by stating that “the contents of Shanghai are unknown at this time,” adding that the upgrade “may or may not” include withdrawals.

Moreover, what determines any feature list does not depend on “the opinions or statements” of a person or team. Rather it comes down to a “rough consensus” of the collective.

“Ethereum protocol governance isn’t predicated on the opinions or statements from any single individual or team – we use rough consensus to decide features to include in future upgrades.”

Van Epps stated that withdrawals are being considered, alongside a range of other improvement proposals. And based on his interpretation of the collective consensus, there is general agreement that withdrawals should be added to Shanghai.