Despite major growth in 2021, the Lightning Network still remains a niche product

Bitcoin's scaling solution has seen unprecedented success, but it's still far away from mainstream. 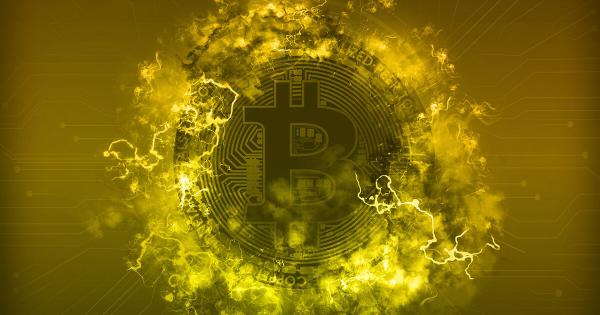 With an exponentially increasing rate of adoption, Lightning is set to see even bigger success in 2022, continuing to attract more and more users.

However, despite its meteoric growth, Lightning still remains mostly a niche product, catering to a very small part of the Bitcoin market.

Bitcoin’s Lightning Network is yet to become mainstream

While most of the industry was focused on the growth of Ethereum’s Layer-2 scaling solutions, the Lightning Network had its best year ever.

The most high-profile implementation of the Lightning Network took place in El Salvador after it became the first country in the world to adopt Bitcoin as legal tender. El Salvador’s state-developed Chivo wallet has a proprietary Lightning Network node and uses the high-speed payment network to facilitate low-cost and near-instant transactions.

And while we’re yet to see if El Salvador’s Chivo wallet will stand the test of time, it acted as a significant booster to the usage level of the Lightning Network.

Lightning’s usage was further boosted by two other major integrations.

In September last year, Twitter expanded its tipping feature to include Bitcoin. Available to users in El Salvador and the U.S., the feature enables users to send and receive Bitcoin essentially for free. For this, Twitter integrated with Strike, a payments application built on the Lightnin Network, which offers instant and free Bitcoin payments globally.

Last week, Mobile payments provider Cash App has also announced that it will introduce Lightning to its 36 million customers in the U.S. and the U.K.

All of this has led to the Lightning Network experiencing unprecedented growth. According to data from CoinShares, Lightning has seen its network capacity, node count, channel count, and average channel size all increase significantly throughout the past year.

In its latest Digital Asset Outlook report, CoinShares said that it expects Lightning to continue its growth in 2022. The company also believes that Lightning will begin experimenting with new use cases and move beyond just being a high-speed payment network for Bitcoin.

However, while the growth the network experienced was significant relative to its past performance, it still remains a niche product in the crypto market.

CoinShares noted that despite being around for four years, it still caters to a relatively small part of the market, consisting mostly of hobbyists and entrepreneurs. The underbanked and politically dissident also represent a significant portion of its user base, but a small part of the overall market.

Lightning’s lack of popularity in the mainstream crypto market could also be caused by Bitcoin itself. The majority of the market still sees Bitcoin as a long-term investment and a hedge against inflation, choosing to hold the asset instead of using it for payments.

The emergence of low-cost Layer-2 EVMs has also made Bitcoin much less attractive as a means of payment, drastically reducing the part of the market Lightning is trying to service.

Nonetheless, Lightning’s slow and organic growth could be positive. The dramatic growth many DeFi and payment protocols experienced in the past few years ended in equally dramatic crashes. If Lightning keeps going at its slow and steady development pace, it has the potential to remain an integral part of the crypto market for years to come.