After adding ERC20 token tracking for all Ethereum dapps, data aggregator DappRadar uncovered $73 million in unaccounted for 7-day volume on the network. 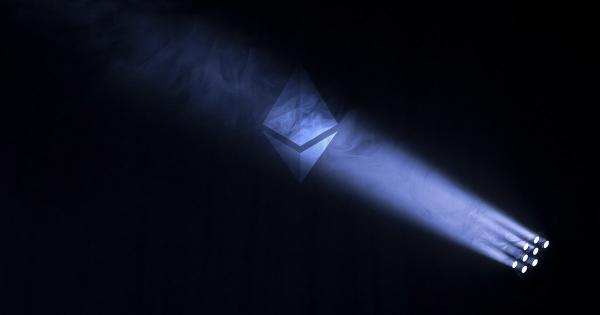 After adding ERC20 token tracking for all Ethereum dapps, data aggregator DappRadar uncovered $73 million in unaccounted for 7-day volume on the network. In a press release shared with CryptoSlate, the company said the increase in volume equates to $3.8 billion.

While decentralized applications are still a relatively new industry, they have been making serious strides in the past year. But, with several major networks competing for the same share of the market, it’s becoming increasingly important to track these apps to determine which market segments are on the rise.

As the biggest and most dominant dapp platform, Etherum has been at the forefront of dapp development in the past couple of years, attributing over 60 percent of dapp trading volume on the market.

However, it turns out that Ethereum might be an even bigger player than previous data has suggested, as a new way of tracking showed that there are billions in unaccounted volume on the network.

According to dapp data aggregator DappRadar, from now on ETH dapps will be ranked on the total volume of all ETH-based ERC20 tokens passing through their smart contracts. While this is a small change in the company’s tracking metrics, it managed to paint a more realistic picture of the market.

In a press release shared with CryptoSlate, the company said DappRadar was the only company doing this and that a similar feature is currently live on EOS.

Skirmantas Januskas, the co-founder and CEO of DappRadar, said that the new way of measuring dapp volume would increase the transparency of value creation on the Ethereum blockchain. This, he added, will be especially beneficial to decentralized exchanges that support ERC20 token trading.

DappRadar found that decentralized exchange (DEX) ForkDelta, which previously showed a 7-day ETH volume of $778,000, had an additional $16.8 million worth of weekly transaction volume on Nov. 19.

This is just one example of previously unaccounted for trading volume. The company said adding a new tracking metric increased the 7-day trading volume on Ethereum from $27 million to just over $100 million. That means that 73 million more US dollars have been circulating the Ethereum network in the past week.

Just under $40 million in volume came from decentralized crypto exchanges on the network, while gambling brought in just $311,000 in volume. The rest of the newly uncovered volume, around $33.5 million, came from DeFi apps.

DappRadar’s newest data shows that the growth DeFi and DEX platforms have seen in the past year isn’t a passing fad, but a creation of a valid new industry that seems bound to stay here.