Cryptocurrency in Thailand: From Bond to Bitcoin

Thailand shot to silver screen stardom in the 1974 blockbuster movie “The Man with the Golden Gun”, filmed in the Khao Phing Kan area. 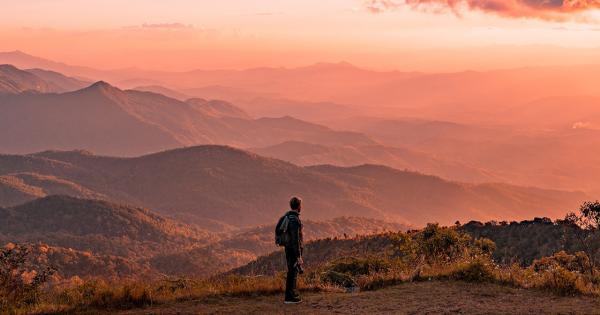 Photo by Colton Duke on Unsplash

Thailand shot to silver screen stardom in the 1974 blockbuster movie “The Man with the Golden Gun”, filmed in the Khao Phing Kan area. Fast forward to 2018, Thailand seems to be shooting into the crypto era with innovative volition.

Popularly known as “James Bond Island”, the location that put Thailand on the pop culture map has become a major tourist attraction. However, the vacation experience, beautiful coastlines, and culture aren’t all Thailand has to offer.

In the midst of the crypto revolution, Thailand’s legislative figures appear surprisingly receptive to a new economic advancement. A step ahead of their more restrictive Asian counterparts, Thailand seems to be shaping the crypto space early with more inclusive and organic regulation to propel their country forward in this new opportunity.

A Brief History of Thailand

Thailand is in Southeast Asia, bordered by Cambodia, Vietnam, Laos, Myanmar, and Malaysia– the roots of which can be traced back to China, Vietnam, and India, and as far back as the 11th century. Despite pressure from France and the United Kingdom, it’s the only Southeast Asian country that never succumbed to Western rule.

Thailand’s population is over 68 million— with 49% of the labor market employed in agriculture and over two-thirds of its commercial output in exportation. Until recent years, Thailand had been the world’s leading exporter of rice.

The Thai Economy and its Crypto Curiosity

While the official currency of Thailand is the Baht (THB), cryptocurrencies are gaining a strong foothold within the nation, prompting The Bangkok Post’s 2017 article, titled “Bitten by the Bitcoin Bug”.

However, similarly to other countries, legislative acceptance has not been plain sailing. In 2013, CNBC headlined a story, “Bitcoin Banned in Thailand”, explaining how a “prominent bitcoin exchange” closed its doors following the Bank of Thailand’s insinuation that cryptocurrency was illegal.

In September 2017, in what digital currency evangelists welcomed as a refreshing and positive move, Thailand’s Securities and Exchange Commission (SEC) announced its official viewpoint on Initial Coin Offerings (ICOs).

In the statement on its website, the Thai SEC wrote,

“The SEC Thailand encourages access to funding for businesses, including high potential tech startups, and realizes the potential of ICO in answering startups’ funding needs.”

It is therefore clear that, in contrast to its more restrictive Asian neighbors, Thailand displays a much more accommodating approach to ICOs and cryptocurrency. As stated on the Thai SEC website, the agency seeks to promote understanding, collaboration, and caution, with the distinct need “to strike the balance between supporting digital innovation and protecting investors from potential ICO scams”.

Following this announcement, Thailand has continued positive steps forward from regulating authorities on the topic.

In the same month, Ethereum’s Vitalik Buterin and OmiseGo had “fruitful discussion(s) with (the) SEC of Thailand about ICO’s and exchanges”.

Following this, May saw the Stock Exchange of Thailand (SET) announced it launched its “LiVE” blockchain crowdfunding platform — facilitating peer-to-peer lending in an organized manner.

Later that same month, The Bangkok Post reported that “Cryptocurrency law takes effect” in Thailand, with the government published a “royal decree to regulate digital asset-related transactions” in the Royal Gazette.

“The 100-section law defines cryptocurrency as digital assets and digital tokens. It tasks the Security Exchange Commission (SEC) to control and regulate the digital assets. All sellers are required to register with the SEC within 90 days of the law taking effect.”

According to Finance Minister, Apisak Tantivorawong, regulation is not meant to prohibit cryptocurrencies, ICOs or any other digital asset-related transactions — it has been implemented to protect investors. He assured The Bangkok Post that the ministry and SEC will now be working on organic laws regarding the registration of digital asset transactions.

Moreover, last week saw the announcement of “Project Inthanon” by the governor of the Bank of Thailand, Dr. Veerathai Santiprabhobin — the central bank’s own digital currency, in conjunction with private banks, to streamline & expedite future interbank settlements.

It is clear that Thailand has become a beehive of activity in the wider crypto space. By large, crypto enthusiasts are seemingly receptive to the guidance given by the regulators.

Albeit representative of regulation & legislation, the spirited undertone of the government’s crypto initiatives signifies positive impetus for the industry overall; and, sets a solid foundation for moving forward.

In the meantime, next time you’re in beautiful Thailand, why not try out Bangkok’s 80-year old noodle shop? It accepts Bitcoin.