The turnaround comes after the broader crypto market regained the $1 trillion mark and flagship digital assets slightly recovered from the bear market. 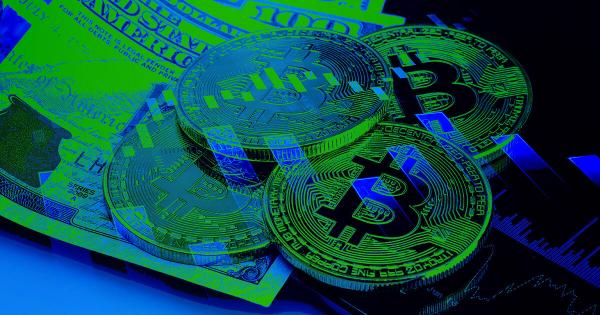 The report revealed that digital asset investment product inflows for the week starting July 25 were $81 million.

It marked the fifth consecutive week of inflows and brought the total inflows within that period to $530 million.

These inflows are a sharp turnaround in the market direction after a red June saw total outflows of $481 million.

The turnaround comes after the broader crypto market regained the $1 trillion mark and flagship digital assets slightly recovered from the bear market.

Short Bitcoin position recorded its first outflow in five weeks as investors withdrew $2.6 million –suggesting that the bearish market sentiments are easing up.

On the other hand, Bitcoin (BTC) investment products had the most inflows, with almost $85 million invested by institutional investors.

However, there was an unusually bad week for multi-asset investment products, with outflows of $3.7 million. It is the asset class’ second consecutive week of outflows, finishing the month with $400,000 in outflows.

Most of the inflows for the week of July 25 came from Purpose with $60.3 million. Other providers like 21Shares, ProShares, and CoinShares contributed the remaining $20.8 million in inflows.

Only CoinShares XBT recorded $2.9 million outflows, finishing the month with outflows of $10.2 million.

For context, the US recorded only $56 million in inflows through July.

Brazil also saw minor outflows of $3.3 million, while Sweden continues to record outflows and finishes the month in the red.

Meanwhile, trading activity last week was $1.3 billion, far below the $2.4 billion average for the year.

Digital asset market lost $1B in the week of Aug. 15