Crypto.com U-turns on cutting member rewards, but is it too late? Samuel Wan · 7 months ago · 2 min read
News › Crypto.com › Exchanges

Crypto.com U-turns on cutting member rewards, but is it too late?

Crypto.com CEO Kris Marszalek responds to the feedback and announces a compromise on one of the cuts. 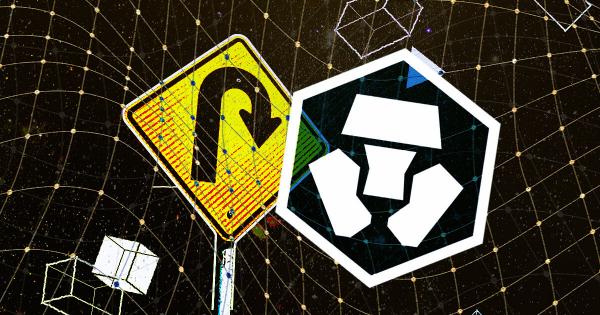 Crypto.com users have voiced their disappointment with the firm’s recent decision to slash members’ rewards benefits.

The firm said, effective from June 1, 2022, it would apply reduced cashback for card usage, introduce a cap on cashback rewards for Ruby Steel and Jade Green/Royal Indigo cardholders, and cut CRO staking rewards to acquire the card to zero.

Users said the move was aggressive and did not give adequate time to consider the situation.

Crypto.com CEO Kris Marszalek today tweeted that, having considered the community feedback, the firm will backtrack on one of the cuts. The original announcement page has already been revised to reflect the changes.

However, some Crypto.com users say it’s too little too late, and they intend to stick with plans to pull funds from the platform and go elsewhere.

What has Crypto.com changed?

The rewards depend on the amount of CRO staked. Currently, top-tier Obsidian membership requires a stake of $400,000 in CRO for a lock-in period of 180-days to unlock the benefits. This includes 8% cashback when using the card, access to the highest paying APRs when staking other crypto tokens, and a 12% p.a CRO staking reward for the $400,000 locked up. It also had other benefits, including reimbursement on Spotify and Netflix subscriptions.

However, with the announcement of slashing members’ benefits, Crypto.com users took to social media to air their grievances. The general view could be summed up as dissatisfaction triggering plans to leave the platform. One Twitter account even posted a video showing a Ruby Steel card being set on fire.

In response, Marszalek tweeted that Crypto.com has listened to the grievances and decided to backtrack on card staking rates. Instead of implementing a blanket zero rate for CRO staking rewards (regardless of membership tier), the firm will pay CRO staking rewards, albeit at reduced rates.

Previous rates were 12% p.a for Obsidian, and Icy White/Frosted Rose Gold, and 10% for Jade Green/Royal Indigo.

In the tweetstorm, Marszalek reiterated that cuts are necessary to ensure the “long-term sustainability” of the platform.

These are of course tough decisions — nobody wants benefits to be reduced, least of all me. Given our large scale though, it is necessary to ensure long-term sustainability.

What does the community think of the U-turn?

The comments on Marszalek’s tweet were a mixed bag. One user called it a “well thought-out follow up.” But another called the “mere” 4% rate for Jade Green holders an “insult.”

Meanwhile, on Reddit, a post titled, “Crypto.com has increased the staking rewards but no one wants them, everyone wants the cashback back,” points out that Marzalek made no concessions on the cashback rates.

Mods have since removed the post in question, but the comments are still viewable. Some of which maintain the previous consensus of leaving the platform.

Following a disastrous sell-off, since the cuts were announced, CRO shows signs of recovery today with a 9% gain.