The creditors are basing their claim on the fact that their funds were held in Celsius' custodial account and not the Earn program. 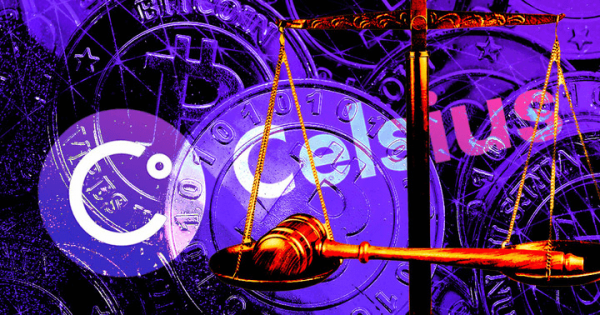 A new group of creditors has filed a lawsuit against Celsius Network seeking repayment of roughly $22.5 million held in the company’s custodial account.

On Aug.31, an ad hoc group of 64 individuals represented by Togut, Segal & Segal LLP filed a lawsuit against Celsius with the New York Bankruptcy court. The group is asking the court to permit the repayment of a collective $22.5 million owed by Celsius.

The creditors are basing their claim on the fact that their funds were held in Celsius’ custodial account and not the Earn program. As a result, Celsius is obligated to return the funds irrespective of the outcome of the restructuring process.

The creditors reiterated that the terms of service claim that Celsius does not have ownership of the custody assets, and thus could not “transfer, sell or loan” the creditors’ assets.

“The debtors should be required to permit withdrawals of Custody assets in accordance with the terms of use.”

Since filing for bankruptcy on July 13, Celsius has faced untold legal confrontations from aggrieved creditors.

Earlier in August, 400 customers with $180 million locked in Celsius’ custodial account formed a Committee of unsolicited creditors (UCC). The Committee has been closely involved in the restructuring process.

The Committee called out Celsius’ CEO Alex Mashinskcommitteeegedly misleading the public before the bankruptcy declaration. Mashinsky was said to have promised creditors that their funds were safe, only to leave them stranded when they needed to withdraw.

Recent consultation between Celsius and the Committee indicated that customers might soon receive their refund. Celsius claimed it was weighing multiple financing offers and would consult with the Committee on viable options.

Expectedly, Celsius will provide more concrete evidence on plans to refund creditors during its hearing scheduled for Sept. 1, 2022.