2019 has been a good year for Bitcoin and cryptocurrencies. 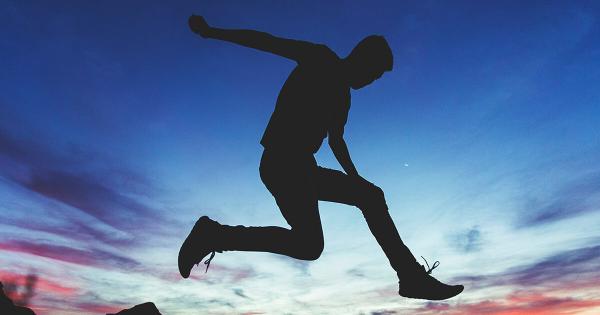 2019 has been a good year for Bitcoin and cryptocurrencies. An influx of institutional money and Facebook announcing its Libra plans have provided a boost to the markets, lifting the total market cap from a just over $125 billion in the first quarter, to $240 billion currently.

Nevertheless, blockchain still suffers from an adoption problem. The height of the ICO boom brought much enthusiasm about the vast potential that the technology had to offer. Now, the user statistics on the dApp ranking sites say it all. At the time of writing, the top-rated dApp on DappRadar shows 3,400 users in the last 24 hours. Furthermore, looking down the ranking tables, the vast majority of dApps are gambling games, with the odd DEX thrown in.

Many would point to scalability as the root of the problem. As if simply making blockchains faster would suddenly attract an influx of new users and inspire developers to start building different dApps. But scalability isn’t the only challenge and using it as a catch-all explanation for any and all adoption challenges fail to understand the extent of the current status quo.

Whether blockchain needs to attract users or developers is something of a chicken-and-egg question. However, there are barriers on either side. There aren’t enough talented programmers building enough appealing, high-quality dApps. This is partly an accessibility issue — programmers need to learn new languages to develop dApps, and attracting them is a problem when user numbers are still so low. They don’t have access to the kind of audiences that the Apple App Store or Google Play Store, which makes it even less attractive to build a dApp.

It is fair to say that the scalability issue also doesn’t help. Most blockchains simply cannot handle the computing power needed to run complex smart contracts, so the scope to build sophisticated dApps is limited. Even faster blockchains like EOS deter the development of more powerful dApps, as the cost of RAM becomes prohibitive.

From the user perspective, dApps simply aren’t accessible enough. Most still require the user to own some cryptocurrency, necessitating the use of wallets and exchanges. Furthermore, without being listed on the major app stores, most mainstream users outside of crypto aren’t even aware of dApps.

Put simply, the current gap between blockchain and the real world is still too big.

Android, developed on Linux, is the biggest mobile operating system by far, used by 85 percent of users. Given its credentials as an extremely popular open-source and free operating system, Linux could provide the most powerful opportunity to build a bridge between blockchain and the real world.

Although it’s not widely used as a desktop operating system, Linux has been released for more hardware platforms than any OS in history. The chances are you’re already using it in some format, as Linux is embedded into hardware such as TVs, game consoles, routers, smartwatches, and more.

Early next year, a blockchain project called Cartesi will release its testnet after two years in development. The project aims to create a decentralized Linux infrastructure for scalable blockchain applications.

In a similar way to layer 2 solutions such as the Lightning Network or Plasma, Cartesi will take computations off-chain to be carried out by Cartesi nodes. These nodes are self-contained Linux systems running on a deterministic architecture. In doing so, the platform can manage far faster processing speeds, as it doesn’t require that blockchain consensus algorithm confirms every transaction.

Furthermore, these off-chain computations are reproducible, meaning that developers can port their dApps easily between different blockchains.

However, the Linux connection is where the potential of Cartesi really becomes apparent. Getting to know the Linux operating system is Programming 101, as it provides a free and easy-to-use sandbox for anyone learning to code. This means that most, if not all, programmers are already familiar with it. Therefore, Cartesi offers the potential to open up blockchain to a vast pool of would-be dApp developers all over the world.

Furthermore, through the Linux implementations that are already available in Android and other hardware, it means that we could start to see blockchain-based dApps integrated into smart TVs or game consoles.

The potential is vast. Imagine, in the future, downloading a dApp game to a game console, paying for it with a crypto wallet that’s also integrated to the device itself, with the transaction and the wallet still secured by blockchain.

Building an Operating System for Blockchain

Although Cartesi appears to be the first project to use an existing operating system, it’s not the first to coin the idea of an operating system for blockchain. Aelf is currently making waves throughout Asia for its cutting-edge, scalable blockchain that uses sidechain technologies.

The project’s white paper identified that blockchain requires an operating system to make it more accessible, and outlined how the aelf ecosystem is analogous to the Linux kernel. By taking the bulk of processing off the mainchain and into sidechains, aelf has managed to achieve transaction speeds of up to 15,000 per second.

Furthermore, since it launched on mainnet in March this year, the project has established various partnerships in a bid to bridge the gap between blockchain and enterprise. Notably, it was one of the first to achieve recognition by the Chinese government in July this year, along with Lenovo and Alipay. It has also confirmed it’s in discussions with Orange and Huawei for cloud computing services, as well as partnering with well-known blockchain names such as Decentraland, Huobi, and Chainlink.

Although we aren’t quite there yet, these projects show that building a bridge between blockchain and the rest of the world isn’t an impossible mission. It gives some hope that the current levels of dApp usage will eventually move from thousands to millions, and eventually to billions. Nevertheless, for that to happen, those in the blockchain space need to look beyond scalability as the root of all problems.

Cartesi is the operating system of DApps. Learn More