Over a period of five months, IBC saw an elevenfold increase in activity showing that the Cosmos ecosystem is booming. 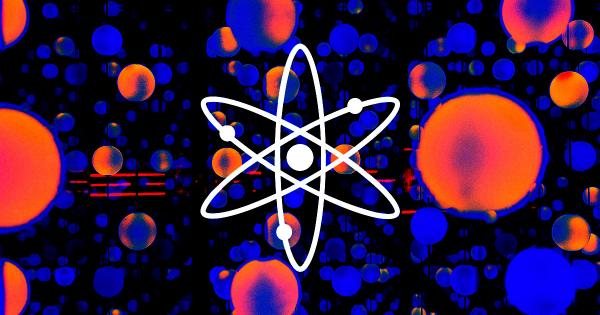 The Interchain Foundation, a Swiss non-profit working on funding the Cosmos ecosystem, told CryptoSlate that this spike in activity was due to the fact that 38 projects have activated IBC to date.

Launched in March 2021 as part of Cosmos Stargate upgrade, the Inter Blockchain Communication Protocol (IBC) brings a robust interchain infrastructure to the Cosmos ecosystem,  bridging different blockchains and facilitating exchanges between a network of interconnected chains.

Last fall, IBC saw a huge surge in popularity, recording over 780,000 transactions between August and September. Each month since then, IBC has broken its previous month’s record, logging 1 million transfers less than a month after that.

With spring approaching, IBC has broken all of its previous records. According to information shared with CryptoSlate, IBC recorded 11.3 million transfers in February 2022.

The Interchain Foundation says that 38 projects have activated IBC, with Fetch AI, Altered Carbon, Sommelier, and cheqd all joining the IBC interchain in February.

Charleen Fei, the IBC product lead at the Interchain Foundation, said that interoperability has become one of the biggest narratives of 2021. The rise of DeFi the industry has seen the year before has highlighted the need for making the growing number of blockchain networks interoperable.

But, none of this caught Cosmos off-guard. She explained that a world of sovereign interchain ecosystems with their own values and assets was an integral part of the 2016 Cosmos whitepaper and continues to be a core part of the Cosmos ecosystem. This has allowed Cosmos to become a leader in this space while the rest of the blockchain space catches up to the idea that the future is multichain.

Fei told CryptoSlate that Cosmos is working on improving user experience even further with the upcoming launch of Interchain Security. The feature will enable developers to quickly and easily deploy high-security blockchains.

“Reaching the end goal of mass adoption will require continued work being done on making interoperability protocols powerful and secure, but an equally important challenge to tackle will be usability. Having a truly interoperable landscape also presents a new set of usability challenges and we are already seeing the first iterations of solutions across the entire Interchain in the forms of Interchain native block explorers, interfaces, and wallets. We hope to continue to inspire what is next—a rich and diverse landscape of yet-to-be mapped out products which will comprise the Interchain,” she added.