Congressman Brad Sherman said his anti-crypto stance was correct all along and urged the SEC to take decisive action. 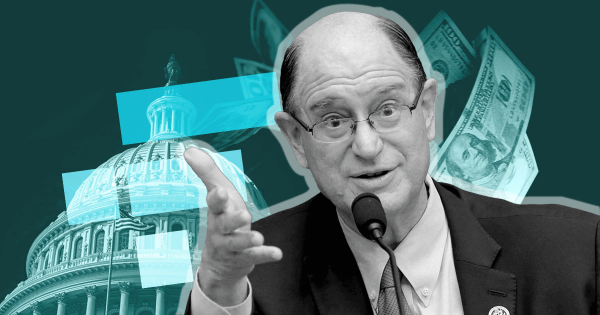 Anti-crypto Congressman Brad Sherman released a statement on the FTX crash and said that FTX has been supporting Democrats to influence crypto regulations and that he was correct to urge the SEC to take action against unregistered exchanges in early 2022.

He also added that he plans to examine options for federal crypto legislation with his colleagues in the coming weeks.

Sherman claimed that millionaire crypto personalities had “flooded Washington” with millions of dollars. Even though these funds were disguised as campaign donations,

“A great deal of attention has been given to former FTX CEO, Sam Bankman-Fried’s, political donations to Democrats; most of that was spent in primaries (mostly unsuccessfully), not to help Democrats beat Republicans.

When you examine FTX efforts to influence Washington, you have to look at both CEOs, not just the eccentric guy wearing the shorts.”

Sherman added that he witnessed the co-CEO of FTX Bahamas, Ryan Salame, donate over $23 million to Republican candidates.

In addition to Salame’s contribution, FTX.US representative Nishad Singh also donated $6 million to Republicans as well, according to OpenSecrets.

In addition, FTX founder Sam Bankman Fried spared $39,826 million in donations in the 2021-22 election cycle, which made him the sixth-largest political donor to either party.

Sherman acknowledged the severity of financial losses with the FTX’s collapse and said the full scope of the event is still unforeseeable. He emphasized the importance of realizing the “management failures that led to this collapse” and taking action.

He claimed that his attitude toward the crypto industry has been legitimized and urged the SEC to take decisive action in the same direction to prevent similar catastrophes in the future.

“For years I have advocated for Congress and federal regulators to take an aggressive approach in confronting the many threats to our society posed by cryptocurrencies…I believe it is important now more than ever that the SEC take decisive action to put an end to the regulatory gray area in which the crypto industry has operated.”

END_OF_DOCUMENT_TOKEN_TO_BE_REPLACED

Congressman Brad Sherman, born and raised in Southern California represents much of California’s San Fernando Valley, and is serving his thirteenth term in the United States House of Representatives.