Coinbase reports $1.10B loss in Q2 as assets on exchange slump

Coinbase reported the biggest loss ever in Q2, losing more than $1B over the past 3 months. Assets held on the exchange also fell to just $96 million. 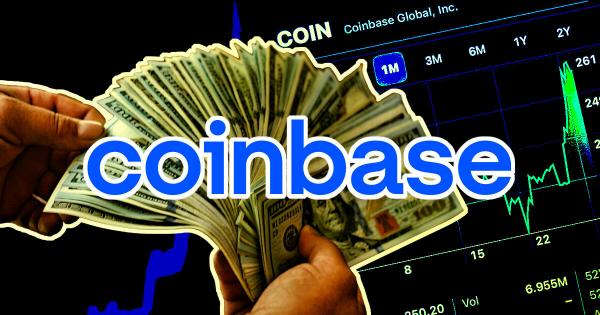 Coinbase Global’s second-quarter results show that the crypto exchange recorded a net loss of $1.10 billion during the period. This compares to a loss of $430 million in the first quarter and a net income of $1.61 billion in the second quarter of 2021.

Coinbase also pointed to four major crypto asset price cycles the space has seen since 2010, noting in the below graph that from the most recent peak in November 2021 to the lows in June 2022, Bitcoin market capitalization has declined 74%.

Each prior cycle has lasted anywhere from two to four years and resulted in the crypto market capitalization significantly increasing compared to the preceding cycle. Each prior cycle brought in new market participants, developers, and products that further advanced the cryptoeconomy. These cycles are evident by viewing Bitcoin prices over time on a logarithmic scale. Prior peak-to-trough declines have been 84%, 85%, and 94% historically, although these prior declines did not coincide with a broader macro downturn.

In the shareholder letter, the company compared recent data to 2020, as it believes “the best way to evaluate Coinbase through these early years of this nascent industry, is through the same lens we evaluate crypto — over a price cycle.”

From 2020 to 2022, verified users have tripled, monthly volume is up 6x, and assets on the platform have increased 4x.

Coinbase stated that “down markets are not as bad as they may seem.” It continued, “it can feel scary and near-term financials can be heavily impacted,” but it will “emerge stronger than ever before.”

While the figures may appear bearish for the US-based exchange, many in the crypto industry would agree with Coinbase’s sentiment that “crypto markets are cyclical.” While several exchanges such as Celsius and Voyager have filed for Bankruptcy this quarter, Coinbase remains bullish on its future outlook.

The company’s monthly transacting users (MTU) only dropped 2% versus Q1.

“Despite continued market softness, we were pleased to serve 9.0 million MTUs in Q2, a decrease of 0.2 million or 2% compared to Q1.”

“On the institutional side, with all of the market volatility it can be easy to lose sight that both new and existing clients continued to use our platform as they embrace crypto as a new asset class.”

While Coinbase claimed it did not have significant exposure to $LUNA and that it was an “unsupported asset,” it did list the wrapped version of the token, wLUNA; something omitted from the Shareholder letter.

The exchange also noted that it did not have any counterparty exposure to Three Arrows Capital, Celsius, and Voyager.

These steps include limiting its hiring for backfills and certain positions and cutting back on paid media and incentives. The company already reduced its workforce by 18% in June.

The company is also optimizing infrastructure and professional services expenses as well as investing in teams in lower-cost regions.

“On the expense side, we are rigorously managing our expense levels and will continue to do so. On the product side, we are executing a ‘pause, maintain, and prioritize’ approach to ensure we are focused on the highest priority opportunities”