Finally, the world’s eyes are on Bitcoin. 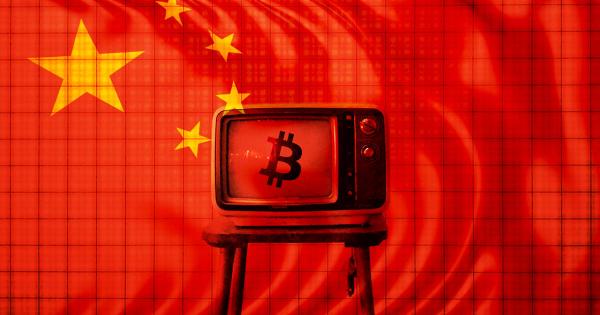 Finally, the world’s eyes are on Bitcoin.

Over the past 36 hours, the leading cryptocurrency has enjoyed a jaw-dropping rally that has brought it from $19,000 to as high as $23,800 on leading spot and futures exchanges. Bitcoin is primed to move even higher, analysts say, as there exist no technical resistance levels above the current price.

This ongoing rally has seen the world’s eyes turn to Bitcoin and cryptocurrency.

Mainstream media outlets like CNN, Fox Business, and more are covering this rally. It reached a point where yesterday, instead of covering live comments from Federal Reserve chair’s Jerome Powell, Bloomberg discussed BTC with one of the world’s leading asset managers.

Even Chinese state media have covered this rally.

As pointed out by “Molly,” a Chinese crypto insider, Chinese state television CCTV recently covered the Bitcoin rally in a short segment aired last night. The CCTV is a state-run media channel that is televised to hundreds of millions around China.

The headline of this segment highlighted Bitcoin’s new all-time high and its remarkable performance of 500 percent since the March 12th and 13th lows of $3,500.

CCTV appears to be attributing this rally to the recent influx of Wall Street players into the crypto-asset space.

Just yesterday, a British investment firm confirmed to CoinDesk that it has nearly $800 million worth of Bitcoin on its balance sheets as it looks to hedge its portfolio against a decline in the U.S. dollar and a loss of bond yields.

Prior to this, prominent Wall Street funds have announced their intent to buy Bitcoin as they also look to create a hedge position against these unprecedented macroeconomic times.

In the West, Bitcoin trended on Twitter in Canada, the U.K., and some parts of the U.S. At some points, there were over 150,000 tweets about the leading cryptocurrency published in a 24-hour period, which is far above the normal.

Much of this engagement involved industry proponents and those watching Bitcoin expressing their excitement or confusion about the new all-time high.

Bloomberg’s segment with Scott Minerd, too, went somewhat viral as the Wall Street money manager was quoted as saying that BTC could hit $400,000 in the years ahead.

What’s interesting is that aside from Twitter, there isn’t much attention on Bitcoin.

Google Trends shows that the United States’ overall interest in the search term “Bitcoin” is still less than 25 percent the 2017/2018 highs seen at the previous $20,000 all-time high.