China court doubles down on crypto FUD. Says sector ‘not protected by law’

The case marks the latest proceeding against cryptocurrencies from the historically crypto-adverse Chinese government. 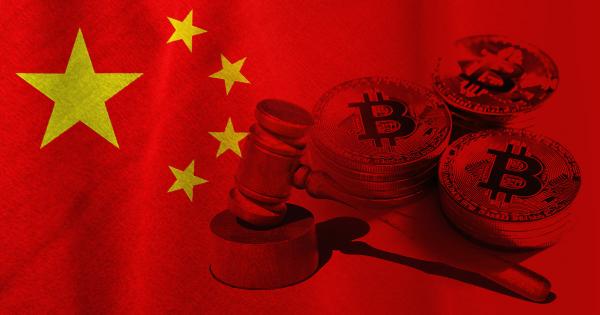 A regional high court in China’s Northern Shandong province’s high court said yesterday that crypto trades or investments are not “protected by law,” after reviewing a case involving the asset class, a report on SCMP stated.

Local authorities feel the ruling could set a precedent for other courts in China. As such, the case marks the latest proceeding against cryptocurrencies from the historically crypto-adverse Chinese government.

The plaintiff invested over 70,000 yuan ($10,756) to purchase cryptocurrencies on the advice of three friends in 2017. But instead of him gaining massive profits, the People’s Bank of China, the country’s central bank, banned all local banks from supporting crypto transactions (this was reiterated in 2018), leading to the plaintiff’s money getting stuck in the process.

The plaintiff alleged it as a case of fraud, one they picked up with an intermediate court in the Shandong province. The court, in January 2021, noted the fraud allegation was unrequited because such assets did not have any legal status, but the plaintiff appealed again.

It was during the latest court review that Shadong’s high court laid out its verdict in a statement: “investing or trading cryptocurrency isn’t protected by law,” the court said on Sunday, months after China began cracking down on regional businesses involved in mining or other crypto-centric services.

While Shandong’s case has not resulted in any legal action, another development saw courts recommend jail time for citizens participating in a cross-border Bitcoin transaction.

A separate case last week in Zhenjiang city saw eight people use Bitcoin as a medium to exchange the yuan with South African rand—a move which circumvented restrictions on Chinese citizens withdrawing $50,000 per year in foreign currency.

Courts stated the Bitcoin exchange scheme was operating since 2019 and involved transactions totaling more than 1.4 billion yuan. The prosecutor then said in a statement, “The procuratorate recommended that six of those involved be jailed for terms ranging from two to four years, and an investigation into the case continues.”