Celsius terms of use do not guarantee return of customers’ funds

Celsius has maintained a positive tone despite filing a Chapter 11 bankruptcy claim on July 13. 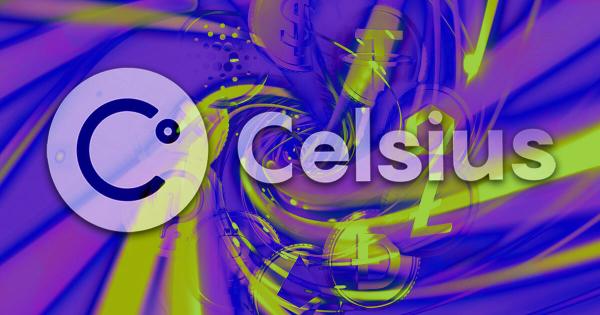 Struggling crypto lender Celsius has filed for Chapter 11 bankruptcy in the US which could mean users may be unable to recover their funds.

Court filings showed that the crypto lender filed for bankruptcy on July 13.

Celsius CEO Alex Mashinsky said the move is geared toward restoring confidence in the company’s future.

We will see this as a defining moment, where acting with resolve and confidence served the community and strengthened the future of the company.

No guarantee of return

According to Celsius’ terms of use, users do not have the assurance of getting their funds back in case of insolvency.

One of the conditions for depositors using Celsius Earn accounts is that the crypto lender owns the funds throughout the lending process.

This means in the event of a bankruptcy, the funds of customers using the Earn accounts may not be recoverable.

It merely states that it is impossible to predict the outcome of insolvency proceedings, which might result in “total loss of any and all Digital Assets.”

However, Celsius is yet to confirm what its actual move would be. The firm earlier stated that it is going for restructuring instead of liquidation.

The firm also claims it has enough money to repay unsecured creditors, which include customers.

In a blog post released after filing the bankruptcy petition, the company explained its goals with the Chapter 11 petition, giving examples of other popular companies that have filed for bankruptcy previously.

It said the bankruptcy move is an attempt to “put forward a plan that restores activity across the platform, returns value to customers, and provides choices.”

Celsius did not reveal how soon its users could get their funds back.

Most Celsius customers are not pleased with the bankruptcy move, given they have been unable to withdraw for over a month now.

Celsius have now confirmed their bankruptcy. Most users will likely never get their money back.

The world runs on contracts and agreements. I'm a huge believer in DeFi because it offers certainty that an agreement will be honoured.

Code is law is an advancement for society.

Did Celsius pay back their DeFi loans then hold customers money for Bankruptcy protection… I sure fucking hope not https://t.co/hohlUgksaW

One Redditor revealed he placed his life savings in the firm that has now lost everything.

About three months ago, I deposited my life savings to Celsius in order to earn yield while waiting to find a nice apartment to buy for myself. I’ve managed to lose it all.