Cardano (ADA) is struggling despite market uptrend: 3 key reasons behind the slump 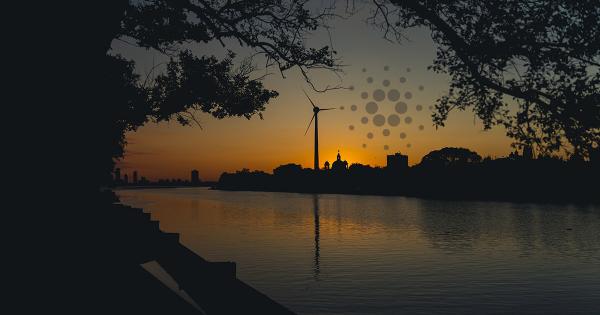 Despite an uptrend in the crypto market and major technical breakthroughs, Cardano (ADA) is failing to recover. Down by 97 percent from its record high, the price of ADA is struggling more than any other top cryptocurrency.

XRP and Stellar (XLM), which had poor performing years in 2018 and 2019, have outperformed Cardano in terms of price movements from record highs.

Against both Bitcoin and US dollar, Cardano has been unable to show high volume across major cryptocurrency exchanges. As a result, it has shown less volatility than other major top cryptocurrencies, causing trading activity to drop.

A trader and technical analyst known as The Crypto Cactus said:

“This is something that I would avoid buying, after it broke down from listing price it has been pretty inactive in terms of price action for the past 7 months. I see no reason to invest or trade tokens that have price action or charts that look like this.”

Factor #2: Good technology, active community, not many commercial projects yet

With the release of the Shelley testnet, the technology of Cardano has started to see light. Cardano is known to have a supportive and active community of users and developers — it has a high level of GitHub commits, which indicates that the network sees lots of developer activity on a regular basis.

CryptoSlate previously reported that the Shelley testnet has ten times more staking pools than EOS and TRON, demonstrating interest in the network.

Yet, the price of ADA has not been affected by improvements in Cardano’s technology and the network’s roadmap, possibly due to the lack of commercial projects and applications using ADA.

Cardano could have better technology than Ethereum and other leading blockchain networks, but if commercial projects and decentralized applications (DApps) on top of the network fail to gain traction, it is unlikely to directly affect ADA.

It is the work of the Cardano Foundation to ensure commercial projects utilizing ADA see adequate growth and adoption. In the past year, as said by IOHK CEO Charles Hoskinson, the foundation has not been able to show enough progress in that regard.

The magnitude of the rally of ADA and the way in which it fell to levels unseen since the month of launch left no clear technical resistance or support levels. As of now, there are no clear resistance levels for ADA except in a significantly higher area, which makes it harder for the price of ADA to rebound.

Cardano (ADA) price drops to yearly low; here are the two main factors behind the decline

Despite seeing a consistent increase in developer activity and progress with its roadmap, Cardano (ADA) slipped to levels unseen since the Bitcoin price dropped to the $3,000s in December 2018.

This post was last updated on January 6th, 2020 at 04:33 amCardano celebrated the launch of the Shelley incentivized testnet, as it debuted with hundreds of pools and over 2.6 billion ADA staked.