Blockchain and Cryptos Offer a New Twist In Artistic Endeavors

The blockchain is a technological breakthrough with uses that could change the path of other technologies towards more transparent and auditable developments. 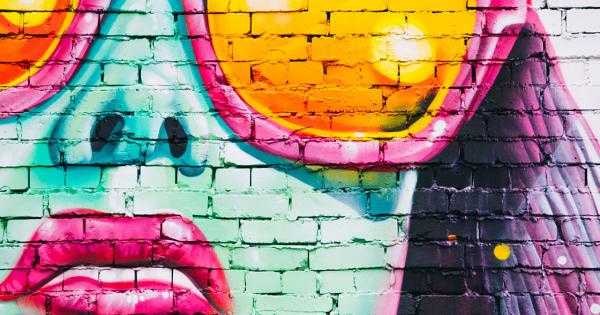 Photo by Alex Holyoake on Unsplash

The blockchain is a technological breakthrough with uses that could change the path of other technologies towards more transparent and auditable developments. Its applications are promising for industries such as insurances, accounting, election auditing, etc.

However, since the appearance of Bitcoin, the most significant application has been the economic one. While there are already more than 1500 cryptocurrencies, the rest of the industry has lagged behind due to reliance on traditional techniques or the lack of technological evolution in adapting to current standards.

One of the most exotic uses of blockchain and cryptos is the promotion of artistic works.

Perhaps art is one of the least thought-out areas for applying Distributed Ledger Technologies, but since a while ago blockchain has made it possible to “rethink” what art means to society, and several initiatives have emerged within this concept of the evolution of traditional art.

And while some people do not understand the way artists think, this does not seem to stop man’s creative impulse, and blockchain has been perfect for promoting creativity and protecting artists’ work.

Cryptocurrencies promote interaction between artists and their public.

In 2015, a girl with the pseudonym of “Coin_Artist” published a tweet that put her in the spotlight of geeks and art lovers:

The painting is a #puzzle, there is 4.87 #bitcoin concealed by this image. Happy #EasterEgg http://t.co/2KASaawd3u pic.twitter.com/90kuCshXj1

Within the painting “TORCHED H34R7S” also known as “The Legend of Satoshi Nakamoto” there was a puzzle and whoever deciphered it would win 5 BTC.

This initiative popularized a new way of conceiving art. A relationship between artists and fans without precedent. Her piece was so complex and yet so fascinating that it became one mandatory thread on BitcoinTalk to search for clues. Many attempts were unsuccessful until three years later, in early 2018, someone was able to solve it.

From that moment on, the famous artist decided to unite the world of art with the world of cryptos, co-founding Blockade Games LLC, the company behind “Neon District,” an ERC 721 MMORPG based on a futuristic cyber-punk aesthetic with beautiful visual effects.

But if you missed the chance to win this award, Andy Bauch may be able to encourage you to purchase a beautiful work of art and spend some time trying to solve the enigma that each of his works presents in order to gain access to a wallet with a preloaded amount of cryptocurrency.

Andy went a little bit further and made his artwork from Lego pieces placed in intricate, personally tested patterns to ensure that whoever studies them can come up with a real answer to the encryption pattern that holds the resources.

This pattern is the private key of a crypto wallet.

Even though the paints mean access to actual money, it is expected that each piece will be appreciated for much more than its economic value.

I am attempting to help those without computer science backgrounds visualize and understand the rather abstract concept of cryptocurrencies and simultaneous democratizing the potential and volatility that comes along with them,” Bauch explains on the gallery’s website.

No Postage Necessary is a romantic drama/comedy film starring George Blagden and directed by Jeremey Culver, an American filmmaker whose previous work can be seen in movies such as “An Evergreen Christmas”, “Radical Kindness”, and “Walking with Francis”.

What makes this film innovative is that Culver decided to market it via the Vevue platform, “a peer-to-peer incentivized video network” in the Qtum blockchain.

According to The Savvy Screener, Culver is quite optimistic about the use of blockchain technologies to promote art.

Although this is a first for the industry, we hope it will signal a shift in the way content is shared and consumed (…) There are many advantages to blockchain distribution, including immutable proof of intellectual property rights, transparent royalty payments, and, since all data on the blockchain is resistant to duplication, we can now envision a world where films are no longer pirated.”

Blockchain: Where fun is a serious business

Other artists who have endeavored to promote their efforts through the use of cryptos and blockchain have been those involved in the video game industry. Beautiful visual pieces have served as ERC721 tokens for many games, and just as Coin_Artist now unleashes her creativity through art in games, other games have used cryptos to reward fans and promote their development.

Montecrypto: The Bitcoin Enigma is perhaps the game you want to download if you love to spend hours in front of your computer and you are also an enthusiast of the world of crypto.

The game consists of a series of highly sophisticated but well-developed puzzles and labyrinths that will reward with 1 BTC to the first player who completes all of them.

So far, it has not yet been completed by anyone, and the players support and betray each other in pursuit of such an attractive prize.

There is no doubt that blockchain technologies and cryptocurrencies have made it possible to rethink new industries, and global culture will be affected by these developments shortly. Maybe soon we’ll enjoy more of a virtual reality tour of museums running in the blockchain instead of planning a visit to the Louvre. The possibilities are endless.