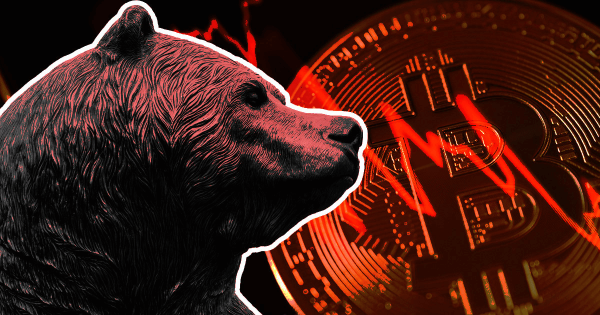 Sustained inflows would be a cause for concern for market participants. The chart below shows a steep uptrend of this metric from late April 2022.

With the Fed continuing its hawkish stance, risk-on assets like Bitcoin come under increasing pressure. And with no sign of inflation coming under control, investors are bracing for worse.

Wednesday saw the Fed raise interest rates by half a percentage point, the largest single increase in two decades. Although Bitcoin initially soared on the aggressive positioning by the US central bank, a change in trader sentiment followed.

Bears took control at lunchtime (GMT) on May 5, setting off a 7% sell-off. A similar pattern played out with stocks, with e-commerce companies like eBay and Shopify bearing the brunt of investor flight.

Strategist at investment bank Evercore, Krishna Guhu, commented that recent rate rises had not had the desired effect of reigning in inflation. With that, expectations are for more rate rises ahead.

“It is much too soon in economic space for the Fed to allow financial conditions to ease very substantially on a sustained basis again, as this would work against the needed cooling of economic activity required to bring inflation under control.”

Exchange flow metrics are used to gauge investor sentiment. Inflows of liquidity into exchanges are taken as a bearish sign, whereas outflows from exchanges usually signal bullishness from participants.

Inflows are a bearish signal because sending Bitcoin to an exchange requires investors to move it from storage and incur a transaction fee. Therefore, as no one wants to pay unnecessary costs,  there must be a reason for transferring tokens to an exchange.

The most likely reason to send funds to an exchange is to sell the tokens. As such, exchange inflows add to selling pressure and suggest prices can fall.