Lyn Alden posits that the demise of Grayscale’s neutral arbitrage trade has played a part in Bitcoin price decline. 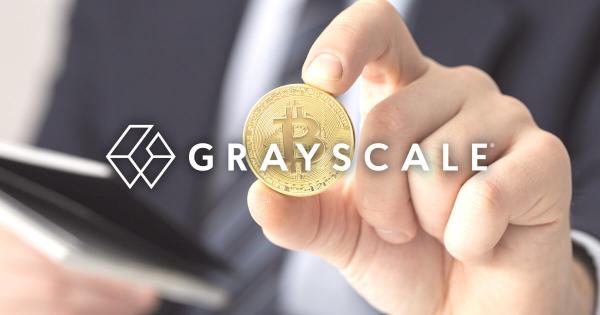 Lyn Alden, the founder of Lyn Alden Investment Strategy company, a firm famous for providing market research to several individual investors and financial professionals and institutions, argued in a recent tweet that the demise of Grayscale’s neutral arbitrage trade has played a part in Bitcoin’s top.

The publicly traded product holds a small amount of Bitcoin in a custodial account for each share offered to investors, forming what is currently one of the only ways for accredited and institutional US investors to legally gain exposure to Bitcoin.

According to Alden, skeptics and critics alike who focused on Tether’s impact on bitcoin over the past year would have “probably done better to focus on the Grayscale neutral arbitrage trade instead.

Alden further argued that new competition and entrants in the crypto market took away the unique factor of Grayscale Bitcoin Trust thereby making it less attractive to investors especially with the presence of Bitcoin exchange-traded funds (ETFs) and others.

This led to a drop in Grayscale’s Bitcoin purchase which inadvertently affected the market. In her words, “Then of course after the biggest buyer vanished, add retail investors pouring into altcoins to euphoric levels,  Elon’s ESG backtracking, leveraged traders getting liquidated on the correction, momentum traders stepping away, etc.”

Bears focusing on Tether's impact on bitcoin over the past year would have probably done better to focus on the Grayscale neutral arbitrage trade instead.

When new competition resulted in the market taking away GBTC's premium to NAV, the biggest bitcoin buyer stopped buying. pic.twitter.com/RoAarfw58N

GBTC has been trading negatively all-year-round

It would be recalled that GBTC plummeted to record lows earlier in the year when it was being traded at a negative premium to its net asset value.

Per available data then, GBTC premium reached as low as -18 percent with analysts tying its decline to the demise of institutional demand for the GBTC.

Market experts also tied the decline of GBTC’s NAV to its high management fees which are considerably higher than that of its competitors. The US firm charges are as high as two percent per year while some of its competitors charge between 0.40 and 0.60 for their fees.

Despite this, Grayscale Bitcoin Trust Bitcoin remains the largest in the world. The firm holds over $38 billion of the leading crypto asset in trust for its client base and has consistently attempted to add more digital coins to its portfolio.