Bitcoin’s price has been rocked by news of the Commodities and Futures Trading Commission bringing charges against popular margin trading platform BitMEX. 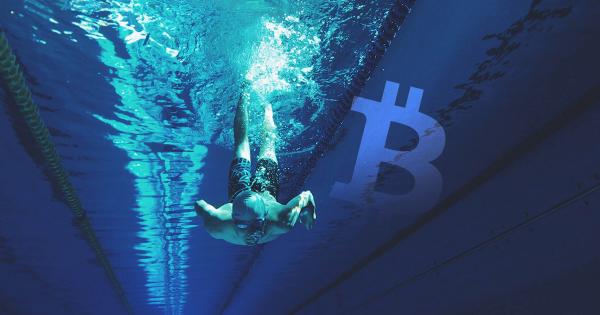 Bitcoin’s price has been rocked by news of the Commodities and Futures Trading Commission bringing charges against popular margin trading platform BitMEX.

One of the platform’s co-founders, Samuel Reed, was arrested at his home in Massachusetts earlier today, potentially facing a maximum prison sentence of five years for violating the Bank Secrecy Act and conspiring to violate it.

The platform’s CEO, Arthur Hayes, and its head of business development, also face the same charges.

This news sent shockwaves throughout the cryptocurrency market, with Bitcoin’s price reeling from $10,900 to lows of $10,400.

This also led to a decline in open interest on BitMEX, likely resulting from a combination of traders pulling funds from the platform, as well as buy-side liquidations coming about as a result of the move lower.

Per a recent release from the CFTC today, the regulatory authority announced that they are charging BitMEX’s owners for illegally operating a cryptocurrency derivatives trading platform, as well as for anti-money laundering violations.

The CFTC’s primary issue with the platform is that it enables US-based users to access derivatives products while avoiding being subjected to regulations within the country.

A press release from the CFTC reads:

“BitMEX’s platform has received more than $11 billion in bitcoin deposits and made more than $1 billion in fees, while conducting significant aspects of its business from the U.S. and accepting orders and funds from U.S. customers.”

CFTC Chairman Heath P. Tarbert stated that although digital assets are promising, it is important for the government to thwart illegal activity.

“Digital assets hold great promise for our derivatives markets and for our economy… For the United States to be a global leader in this space, it is imperative that we root out illegal activity like that alleged in this case.”

At the time of writing, Bitcoin’s price is trading down over three percent at its current price of $10,485. This marks a notable decline from its recent highs of $10,900 that were set earlier this morning.

According to data from analytics platform Skew, open interest on BitMEX plunged from nearly $600 million to $550 million immediately after the news broke, and it is continuing to trend lower.

Until there’s more clarity surrounding what implications the CFTC’s actions will have on the wider crypto sphere and for BitMEX in particular, investors will likely continue withdrawing their funds at a rapid pace.