The chairman of the United States Federal Reserve noted that stablecoins are "an improvement" over cryptocurrencies. 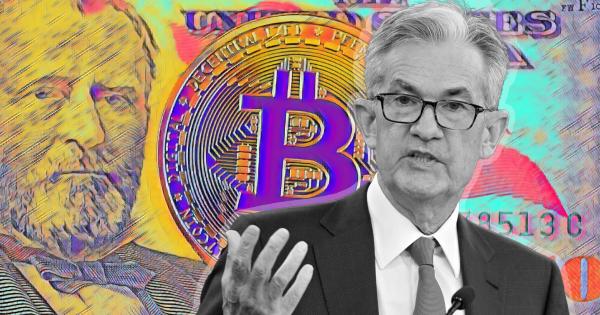 While Bitcoin and other cryptocurrencies are “not backed by anything,” they are still capable of serving as a “substitute for gold,” Jerome Powell, chairman of the United States Federal Reserve, stated today.

During a video conference hosted by the Bank for International Settlements, Powell initially voiced some criticism toward cryptocurrencies, calling them “an asset for speculation.” Powell said:

“Crypto assets are highly volatile—see Bitcoin—and therefore not really useful as a store of value. They’re not backed by anything. They’re more of an asset for speculation.”

However, he also pointed out that instead of competing with fiat, Bitcoin is currently moving into the territory of gold. He added:

“It’s essentially a substitute for gold rather than for the dollar.”

At the same time, he acknowledged that stablecoins—crypto tokens pegged to real-world currencies—are “an improvement” over crypto assets.

“To an extent, a stablecoin is backed by sovereign currencies of leading nations, that is certainly an improvement over crypto assets, I would say,” Powell noted, adding, “But nonetheless, where does the credibility come from? It comes from that sovereign currency that is the backstop.”

Earlier today, Bloomberg reported that the Federal Reserve Bank of Boston and the Massachusetts Institute of Technology are getting ready to reveal the results of their research into central bank digital currencies (CBDCs)—or a “digital dollar.”

Speaking about CBDCs today, Powell explained that the Fed potentially could develop one in the future, but it would require strict regulation, a lot of research, and a careful review—just like any other stablecoin.

“Stablecoins may have a role to play with appropriate regulation, but that role will not be to form the basis of a new global monetary system,” Powell said. “A global currency governed by the incentives of a private company is something that will deserve and will receive the highest level of regulatory expectations.”

As CryptoSlate reported, Powell has recently also stated that CBDCs can function alongside fiat money in the future.