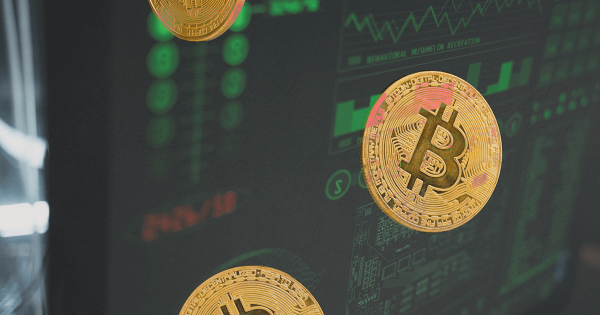 Dominance is a measure of Bitcoin’s share of the global crypto market cap.

Until March 2017 Bitcoin dominance held above 95% as there were few competing digital currencies until the ICO boom. During the 2017 bull run, Bitcoin’s dominance fell from 95% to a low of 35% by January 2018.

The timing came within 30 days of the top for the cycle for Bitcoin and correlated directly to the blow-off top for Ethereum’s peak. After reaching the bottom Bitcoin’s dominance rose back to 73% by September 2019 while the price of Ethereum dropped 87% to $171.

The price of Bitcoin from January 2018 to September 2019 had fallen just 20% by comparison. Should Bitcoin’s dominance continue to rise in 2022 as it has in previous halving cycles what could this mean for the rest of the crypto market?

The price of Ethereum versus Bitcoin has recently reached a yearly low after concerns around issues on the Ethereum Beacon Chain resulted in downward price pressure on Ethereum. Further, a similar trend can be viewed when combining some of the other top altcoins to Bitcoin.

The below chart is a combined comparison for Cardano, Binance Coin, and Ethereum to Bitcoin. Should the decline continue alongside a rise in Bitcoin dominance it shows a 74% downside potential for altcoins when valued against Bitcoin.

The global market cap of the cryptocurrency industry is currently around $1.3 trillion with Bitcoin making up $580 million. Hypothetically, should Bitcoin’s price and global market cap remain constant over the next few months but its dominance increases back to 2019 levels that would leave just $350 million for the rest of the industry and over 19,000 crypto projects. Crypto Winter historically weeds out the weaker projects and the current cycle could be no different.

Bitcoin dominance is a key indicator to watch to give a broader insight into the strength of the crypto markets at large. When the price of Bitcoin goes up while its dominance decreases or remains the same it means the wider industry is also seeing growth. However, when dominance increases it is usually a sign of weakening in the crypto industry and a positive for Bitcoin maximalists alone.