Rising Bitcoin dominance could spell trouble for alts, how will this play out? 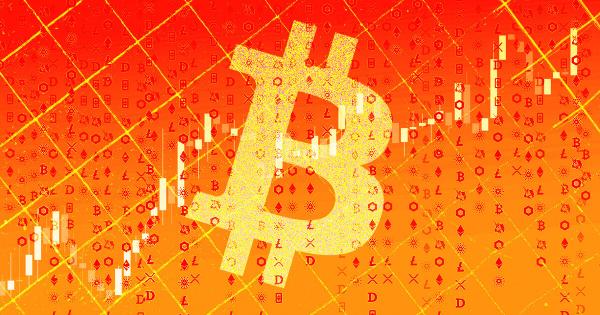 While this is a far cry from November’s $69,000 all-time high, it still brings welcome relief to investors who have faced huge uncertainties over the last five months.

The executive order will bring about a cryptocurrency framework, which is said to balance responsible innovation with addressing risks. But what this means in practice is up for debate at this point.

Nonetheless, markets consider the executive order an optimistic development. At the same time, Bitcoin dominance spikes higher, to 44% off the back of this event.

Following a wretched start to 2022, Bitcoin is showing signs of a fightback. Although on-chain metrics paint a grim outlook, at least in the short term, bulls have posted three significant daily green candles since the end of January, with today being the latest instance of such.

Although the recent price pattern cannot be called bullish due to the absence of higher highs, a definite bottoming pattern is forming. Whether that translates to a leg higher in the coming days and weeks is anyone’s guess, mainly as macro uncertainty still hangs thick in the air.

Even so, today’s move takes Bitcoin decisively above the 50-day moving average. Accompanied by an uptick in the Relative Strength Index (RSI), currently at 55%, suggests bullish momentum is rising.

The 50-day moving average is a measure of the average price paid over the previous two and a half weeks. This is considered a significant time frame as it’s the first line of support in an uptrend or the first line of resistance in a downtrend.

Bitcoin retains its dominance, holding 44% of the total crypto market cap. This is more than twice that of the next biggest token, Ethereum, which currently holds an 18% market dominance.

The 44% level has acted as both support and resistance on numerous occasions in the past. Currently, Bitcoin is at the cusp of breaking through this line. A close above this level today could set off a run higher, spelling doom for the alts.

Rising Bitcoin dominance suggests investors are cycling out of alts into Bitcoin, and have been doing so since mid-January, as shown in a series of higher highs from that point in time.

However, a tentative Bitcoin price still brings cause for concern. It remains to be seen whether bulls can sustain and build on the current momentum.