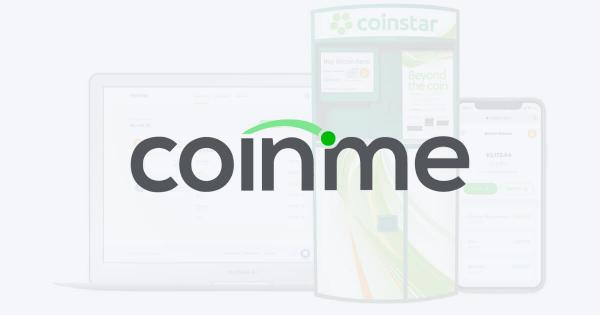 Despite the global lockdown and reduced business activities, the cryptocurrency investment space continues to see larger deals. Today, Seattle-based Bitcoin exchange and ATM operator Coinme announced a $10 million Series A raise lead by Pantera Capital, as per a press release shared with CryptoSlate.

The $10 million fundraise was led by Pantera Capital, which put in $5.5 million. Other investors included Blockchain.com, Nima Capital, Coinstar, and Hard+Yaka. Coinme’s ambitious future plans include expanding in worldwide markets with its cash-to-crypto product, having proved its business as a successful model in the U.S.

Proceeds of the ongoing Series A will be spent mainly to focussing on neighboring markets in Latin America and developing Coinme’s native mobile application.

Coinme has been in operation since 2014 and is one of the oldest crypto exchange providers. The firm operates its API on over 3,500 cash-to-crypto machines and kiosks, and offers a wallet application for users to manage large-cap digital assets.

The firm has developed a unique API and proprietary digital wallet that can be fixed to any existing ATM, kiosk, PoS device, or merchant. The approach saves investment on larger machines and helps in the quick expansion of its product.

In partnership with American firm Coinstar, Coinme has over 425 locations in Los Angeles, 330 near San Francisco, 200 in Chicago, and 141 in its Seattle home base. The firm boasts operations even in some small towns, such as two locations each in Casper, Wyoming, and Abilene, Texas.

Neil Bergquist, the CEO of Coinme, notes Coinstar’s kiosks are located inside the premises of essential businesses such as major grocery stores and pharmacies, which makes them “fully accessible to our customers.“

He added cryptocurrency transaction volumes have grown by 40 percent since the Dow Jones Industrial Average peaked in late February, indicating people are “interested in owning a deflationary currency now more than ever.”

In an interview with Jonathan G. Blanco on the TF Podcast, Bergquist remarked on having Pantera Capital as an investor:

“They’re very founder friendly. They get the vision. You don’t need to convince them of really anything blockchain or crypto related. They get it.. If your story, vision, and traction most importantly is compelling, they’ll be there, they’ll support you. “

Joey Krug of Pantera joins Coinme’s board of directors as part of the investment. Krug sits on the boards of several cryptocurrency companies, mainly those focussing on adoption, exchange, and attracting retail users.

Dan Morehead, CEO of Pantera, spoke of the investment:

“We believe cash onramps and offramps will contribute significantly to the adoption of cryptocurrencies, especially as it relates to cash-based remittances.”

Pantera has led several investment rounds in the cryptocurrency space, including high profiles ones such as Bakkt and XRP. The firm manages over $700 million dollars in various investments, mainly focusing on tokens, exchanges, and products related to crypto-assets.