While China boasts the largest population in the world, its neighbor, India, comes a close second, totaling more than 1.35 billion people. 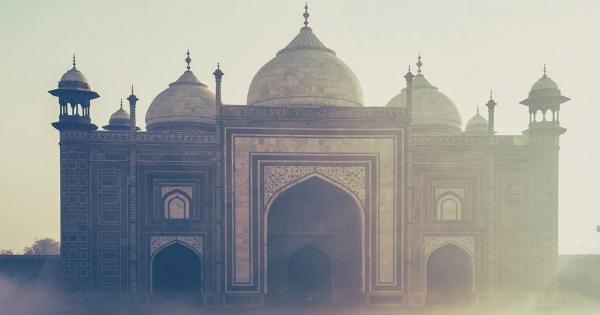 While China boasts the largest population in the world, its neighbor, India, comes a close second, totaling more than 1.35 billion people.

And, if one considers that each of these nations is four times larger than, for instance, the US, which represents the world’s largest economy; then, it’s not hard to comprehend the sheer magnitude of the countries’ influence on global topics, such as cryptocurrency.

But, while China has taken a more definitive and dismissive stance on the matter in the recent past, India is less clear on digital monies at present; perhaps, foggy, to say the least.

Please join us for a closer look at the country itself; also, the status quo of crypto within its borders, the way we understand it to be at the moment.

A Brief History of India

Formally known as The Republic of India, the country is situated in South Asia and represents one of the world’s earliest civilizations; of which, archaeologists have traced the roots back as far as 30,000 years.

India derives its name from the Indus River, one of the longest in Asia, which runs through several countries and regions. Historic settlements surrounding the river were originally referred to as “The people of the Indus” by ancient civilizations; hence, the country’s name that mutated therefrom over time.

However, the region, or parts thereof, was also known under different names through the ages, such as Hindustan, given to it by the Persians.

On the political front, the nation has also had a rich, if not tumultuous, history. Apart from changing hands between several rulers of Asian origin, notably the Mughal Empire in the 18th century and the Maratha Empire in the 19th, India was also subjected to British rule for the best part of ninety years.

At first, The East India Company, an English joint-stock company, also known as the British East India Company, sailed out to the region purely for trade purposes. However, this soon turned into territorial gain as the Maratha Empire started to fade; and, which led to British Crown rule from 1858.

However, mounting initiatives under the banner of patriotism and nationalism saw the rise of an iconic, native and spiritual leader named Mahatma Gandhi; who’s, tireless dedication to the right of self-determination by his people, eventually saw India gaining independence from British rule in 1947.

Also, the formation of Pakistan, which, at the same time, became a totally distinct & sovereign nation, separate from India.

India became a republic in 1950 and the nation’s highest, legislative authority is its parliament; with, the president as head of state. And, the country further comprises of 29 states and 7 union territories, while New Delhi is its capital and Mumbai the largest city.

The country’s official currency is the Rupee, but India loves crypto too. Although the exact number of digital currency investors in the country could not be reasonably ascertained, online industry and chat forums generally estimate it to be many millions.

The nation’s rising uptake of digital currencies through the years was further echoed by local media, such as The Times of India, which ran a story during late 2016, under the title, “For these Indian investors, all that glitters is Bitcoin”

And, since then, the upward momentum only continued to strengthen, thereby prompting the Indian daily newspaper, The Economic Times, to write in May last year,

“…a domestic Bitcoin exchange today said it is adding over 2,500 users a day.”

While, even as recent as two months ago, the same publication reported that, despite the regulatory cloud currently hanging over the country, cryptocurrency hedge funds are still sprouting across India, largely unfazed.

Of course, the “regulatory cloud” refers to, as Forbes reported in April, “India’s Cryptocurrency Crackdown.” In its article, Forbes writes,

“This month, the Reserve Bank of India (RBI), the country’s central bank, initiated a major crackdown on the purchase and trading of cryptocurrencies such as Bitcoin in India.”

Although, even after many years of the RBI warning against the “dangers” of crypto by means of its generic rhetoric, as was widely reported in the media; and, the fact that the move was therefore not totally unexpected, the reality that Indians will soon not be able to trade Rupees for crypto any longer, still came as a shock.

“At their bi-monthly monetary policy press conference on April 5th, RBI Deputy Governor B.P. Kanungo decreed that all RBI regulated bodies ‘are required to stop having business relationships with entities dealing with virtual currencies forthwith and unwind the existing relationships in a period of three months’ time’.”

In simple terms, this means that come July, India’s commercial banks and lenders have to completely cut their ties with crypto investors & businesses in the country. And, again, the rhetoric offered by the RBI to substantiate its clampdown, was fairly stock-standard in global terms, citing threats such as money laundering, reduced market integrity & capital control; and, financial instability, Forbes continued.

The article further asks the question, where to from here for anxious crypto investors? And, will India’s crypto exchanges “be forced to shut shop?” Not so fast, says a group of keen stakeholders, who are ready to take the regulators head-on.

Last week, Quartz India, a popular local business news service, reported, “Battle Begins – India’s central bank has been taken to court over its cryptocurrency crackdown.” In the article, the author highlighted that:

“India’s complicated relationship with virtual currencies and firms dealing with them has now reached the courts,” Quartz India writes. It continues by saying that, “On April 22, the Delhi High Court issued a notice to the Reserve Bank of India (RBI) after a petition challenged the banking regulator’s April 06 order barring lenders from doing business with cryptocurrency exchanges.”

The petition claims that the RBI’s unilateral move to crack down on crypto is “arbitrary and unconstitutional”; also, that it restricts the rights of Indians “to carry on any occupation, trade, or business” and “equal protection under the law for all”, both of which are fundamental rights that are enshrined in the constitution, Quartz India reports.

The article further quotes several Indian law firms as perceiving the High Court challenge to offer definitive merit. But, to see exactly how solid the crypto industry’s case is, we will have to hold our breath until 24 May, for when the next hearing is scheduled. Fingers crossed!

And, in the meantime, the Indian Government has further ordered its finance ministry “to prepare a draft law for bitcoin and other cryptocurrencies. The panel’s report is likely to be submitted by March 2019,” Quartz India concludes.

So, please take a seat and bring out the popcorn, we are tempted to say. There certainly seems to be much more intrigue, rhetoric, counter-activity and a rollercoaster ride in store for crypto in India, at least for the next year or so.