Bitcoin acts as an inflation hedge, rises by 35% since start of the Russian-Ukraine war

Crypto analysts have opined that the current price performance of Bitcoin makes it hard for anyone to be bearish. 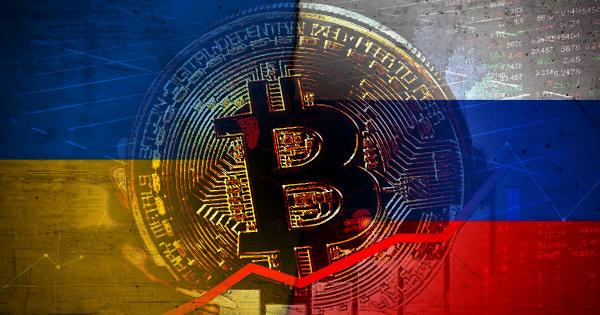 News of Russia’s invasion of Ukraine on February 24 saw the value of Bitcoin tanking along with that of other cryptocurrencies.

However, the crypto market has since shown a resilience that many crypto analysts have always talked about as the prices of these digital assets have recovered, but they are now trading at a much higher price than when the war first broke out.

According to Will Clemente, an Insight analyst at Blockware Solutions, Bitcoin’s price has risen by 35% since Russia invaded her neighbor. The crypto analyst went on to add that it would be hard for anyone “to be bearish” because “Bitcoin has closed above short term holder cost basis for the first time since December 3rd.”

Bitcoin is up 35% since Russia entered Ukraine

Another renowned analyst with an opinion on the price performance of Bitcoin is Bloomberg’s Mike McGlone, who said that “Bitcoin is showing divergent strength” by handling the effects of the war in Ukraine and the record-high inflation.

McGlone, interestingly, had previously opined that this could be the year that Bitcoin matures as it is unlikely for it “to stop outperforming gold, stock market amid bumps in the road as the Fed attempts another rate-hike cycle.”

Thus, the price performance of the flagship digital asset during a time of this level of political uncertainty justifies the belief of many proponents who argue that the coin can act as a hedge against inflation.

In a previous CryptoSlate report, it was revealed that Bitcoin is now one of the top 15 most valuable currencies in the world, usurping the Russian Ruble, whose value dropped rapidly against the US Dollars and Bitcoin.

This shows that while the Russian Ruble was battling the litany of sanctions being imposed on it by the West, inflation kicked in.

Apart from acting as a safe haven, other digital assets like Ethereum, Polkadot, and others also played a role in the ongoing war as many of them were donated to help Ukraine’s cause.

Also, the weaponization of the global financial system against Russia gave room for a more prominent role for the crypto industry.

In recent days, the Russian government has repeatedly hinted that it could use crypto for some of its businesses. Though the crypto community had previously stated that the Putin-led country couldn’t use crypto to evade sanctions.

This, generally, means that the crypto industry can be said to be neutral as the Ukrainian government has used the industry with much success, while the recent statements of the Russian government also show some possibilities.

As of press time, Bitcoin is currently trading above $47k after trading for as low as $33k within the last 30 days, while Ethereum is also currently above the $3k level.