The Birth of Child Chains – Meet Nxt, Ardor and Ignis

Airdrops have become an increasingly popular method to distribute coins in a fair and decentralized way. 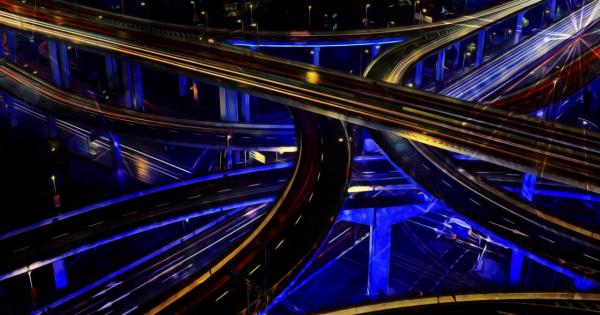 Airdrops have become an increasingly popular method to distribute coins in a fair and decentralized way. On December 28, 2017, Ignis will drop 0.5 IGNIS for every 1 Nxt token that is held by the user. Upon the launch of Ardor on January 1st, 2018, the Ignis token will be made available for use within the Nxt Wallet.

All of these tokens have been developed by Jelurida, a team of developers who have come up with an entire blockchain ecosystem may rival Ethereum. Built originally upon the Nxt Platform, Jelurida has been evolving since 2013.

It all started with Nxt

Nxt was one of the first blockchain platforms that was built entirely from scratch. While most platforms around 2012-13 were using large chunks of Bitcoin’s blockchain, Nxt was completely original (coded in Java), and one of the first ICOs to ever launch. They were able to collect 21 BTC, which was worth about $6,000 USD at the time.

The Nxt platform includes many core-level features, such as a decentralized asset exchange, marketplace, and voting system, all in addition to the Nxt digital currency itself.

So how does Nxt work? Watch this short video to learn more:

Jelurida is in the process of launching Ardor, or Nxt 2.0. Ardor will be a scalable blockchain solution that incorporates “child chains,” which can be seen similarly to side chains.

The concept behind side and child chains is that they allow the network to scale globally. So, a child chain will work as a separate entity with a native token, but is synced to a global architecture by the main chain (Ardor).

Here is how Ardor works, according to its official website,

The Ardor Platform operates as a Blockchain-as-a-Service solution. Targeting businesses, Ardor offers individual blockchains, known as child chains, that are ready to install and implement. The most used and tested features are available out-of-the-box without coding or programming knowledge.

Many Redditors believe that Ardor is here to replace Nxt. Jelurida has commited to continue Nxt development for three more years.

Ardor and Nxt have many similarities, but Ardor has greater scalability thanks to child chains. Nxt has been dubbed the “WordPress of blockchain,” allowing easy templates to build blockchains.

Ignis will be the first child chain to work on the Ardor network. There is actually not much information on what the function will be for IGNIS, but it appears to be a test coin to prove the functionality of child chains.

After a successful $15 million ICO of IGNIS (where 420 million tokens were distributed and 80 million were kept by Jelurida), the remaining 500 million tokens are to be airdropped on December 28th.

IGNIS will also provide a pathway for other blockchain platforms that are interested in the child chain process. It will let us see how fast the network can run, and whether it will clog up the parent network (Ardor). The argument for child chains is that the separateness of the blockchains allows for a faster movement and flow.

Blockchain-bloat has been a hot topic in the crypto/BaaS (Blockchain as a Service) community, and Ethereum is beginning to experience scaling problems and network slowdown when processing an increasing number of transactions. Nodes that verify data must hold the entire blockchain, which is already over 38GB in the case of Ethereum.

As usage continues to grow, it’s going to become more difficult for thousands of nodes to contain the exponentially-expanding blockchain size. Ardor can separate much of its history by separating each child chain, allowing for vertical partitioning of the blockchain. Each created child chain can become responsible for its usage and size.

Instead of utilizing ERC20 tokens on Ethereum’s network, platforms using Ardor will each have their own native token. Transaction fees will not be paid in Ardor, but will be paid with that child chain’s native token.

The Future of Jelurida

Jelurida is breaking new ground as they attempt to solve the scalability problems with blockchains through their usage of child chains. Nxt, Ardor and Ignis will all be coins to keep an eye on in 2018 as the team of developers shows no signs of slowing down their progress.

Just remember, if you want the airdrop, you’ll need Nxt tokens. The snapshot takes place on December 28th. You can purchase Nxt on most major exchanges (Bittrex, HitBTC and Poloniex), as well as Shapeshift.