Billionaire venture capitalist and early Bitcoin proponent Tim Draper has cooked up his most extravagant forecast for the cryptocurrency market yet, predicting it will skyrocket to a whopping $80 trillion valuation within 15 years—approximately the value of all global currency in existence. 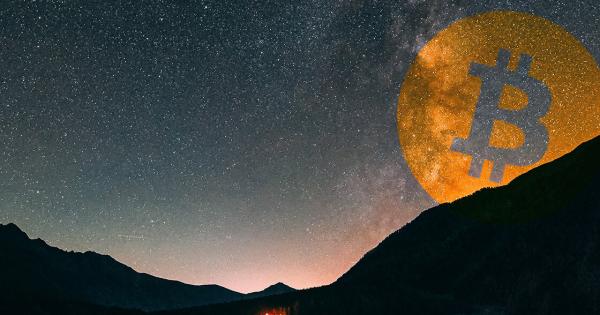 Photo by eberhard grossgasteiger on Unsplash

Billionaire venture capitalist and early Bitcoin proponent Tim Draper has cooked up his most extravagant forecast for the cryptocurrency market yet, predicting it will skyrocket to a whopping $80 trillion valuation within 15 years—approximately the value of all global currency in existence.

Making the claim at Deal Street Asia’s VC Summit, Sept. 11th, Draper predicted a boom-bust-boom cycle akin to the eruptive growth of the internet industry and suggested that cryptocurrency was currently in the initial, smaller, leg up prior to mass adoption.

The internet started in the same way, it came in big waves and then it kind of came crashing down, and then the next wave comes concentrated but much bigger, and I suspect the same thing will go on here.

As one of the dot-com boom’s most veteran capitalists with investments in Hotmail, Twitter and Skype, Draper reiterated that the scope of cryptocurrency is much broader than that of the internet, and will expand far above and beyond as it revolutionizes “trillion-dollar markets”. He noted:

Many would see such predictions as radical, perhaps most topically Ethereum co-founder Vitalik Buterin—who just days before Draper’s comments inferred that such growth was unlikely.

Me: obviously, let's be realistic, the entire world wealth is not going to turn into cryptocurrencies…

Guys, if you spin things this way you're *incentivizing* people to act more like @justinsuntron

And yet, Draper may have been one of the young industry’s more accurate prophets to date.

Months after his 2014 purchase of 30,000 Bitcoins seized from the now-defunct Silk Road, the American billionaire told Fox News that a single unit of Bitcoin would exceed $10,000 within three years. Bitcoin hit the figure on November 28th, just two months after Draper’s deadline.

More recently, Draper said in April that Bitcoin’s value would reach $25,000 by the close of the year, and $250,000 by 2022. In the face of the cryptocurrency market’s decidedly bearish tone, subscribers to Draper’s prophecies would prepare for meteoric growth on all time frames.