Belgian Member of Parliament to convert entire 2022 salary into Bitcoin

A seemingly daring choice given choppy markets, Christophe De Beukelaer, Brussels deputy cdH, decided to convert all of his deputy salary into Bitcoin. 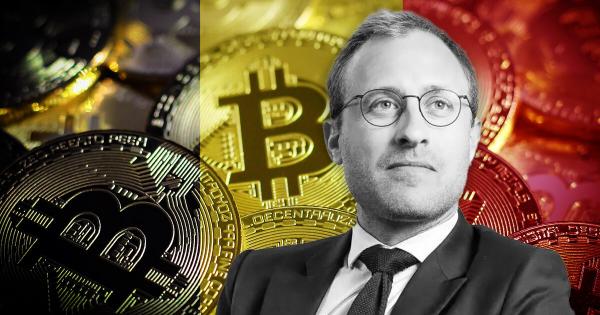 Brussels MP Christophe De Beukelaer will convert his salary into Bitcoin, and this, throughout the whole of 2022. As reported by the Belgian news outlet 7sur7, thanks to the Bit4You platform, the MP’s monthly salary will be automatically converted into bitcoin (BTC).

As markets have been quite volatile of late, this might seem like a risky bet. At its all-time high in November, BTC was trading at $59,000 and is at the time of writing down to around $36,500.

“We are at the dawn of a revolution”

De Beukelaer, however, doesn’t seem to be deterred by choppy markets. “We are at the dawn of a revolution of the same order as what we experienced with the Internet 30 years ago”, declared Christophe De Beukelaer in a press release. “A revolution that will disrupt all sectors, starting with finance, insurance and governance.”

According to De Beukelaer, it is the role of politicians to make the population aware of these societal changes that are coming. “We can no longer remain ignorant of this new world! It’s a bit like hanging on to the carriage or the candle as the cars and light bulbs appear.”

By converting his MP salary into bitcoin, Christophe De Beukelaer wishes to open his eyes to at least three objectives – to demonstrate his confidence in this new technology that is being born.

“I want to show that you can already now intelligently invest part of your money in a new store of value to balance your financial life.”

The Belgian MP would also like to call on economic and political actors to take an interest in blockchain technology. According to him, American and Asian finance are investing massively and Europe is lagging behind.

“Are we going to wake up in ten years to find that we missed the train? It is therefore urgent that political and economic decision-makers take a serious interest in this new technology.  As power and counter-power are needed in politics, the same is true in the monetary field.”

Christophe De Beukelaer’s final motivation for his move is to provoke deep reflection on the monetary system.

“All economists warn us that we are entering a very risky period: loss of confidence, inflation, the printing of banknotes like never before, digital euro… However, these subjects are never addressed in the democratic debate. What is currency? What’s the point? What role for a Central Bank? I want to bring these topics to the public square in 2022,” the MP says.

Nevertheless, Christophe De Beukelaer warns citizens about this form of investment. “As with any financial investment, you have to make your choices with great care. Personally, I can afford to make this decision because I am privileged and have been able to save money. Let’s be clear, I do not advise anyone to pay their entire salary in Bitcoin.” 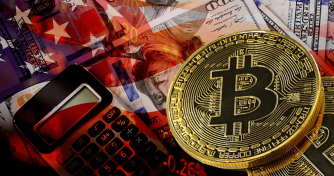