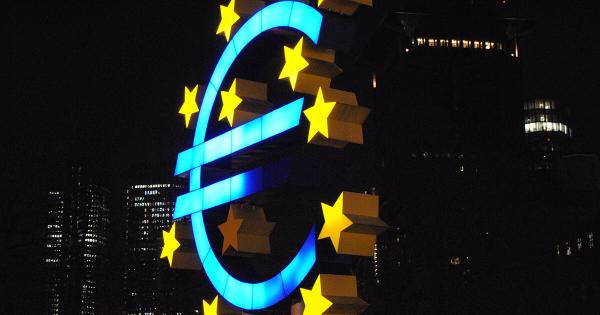 Photo by Tabrez Syed on Unsplash

Christine Lagarde — the former Managing Director of the International Monetary Fund and the current President of the European Central Bank (ECB) — invited public reactions and commentary on the topic of a potential Euro-backed digital currency via a Twitter post this weekend.

Public opinions on the digital Euro

Lagarde’s comments on the possible CBDC, short for Central Bank Digital Currency, was part of a broader post which described 2020 as a “difficult year.”

She stated that the project was still under the “review and considerations stage,” but a public consultation was launched so that consumers and “Europeans can actually express their preference.

“[They] tell us whether they would be happy to use a digital Euro just in the way they use a Euro coin or a Euro banknote knowing that it is central bank money that is available and that they can rely upon,” said Lagarde in the video.

We’ve started exploring the possibility of launching a digital euro. As Europeans are increasingly turning to digital in the ways they spend, save and invest, we should be prepared to issue a digital euro, if needed. I’m also keen to hear your views on it https://t.co/0ZuU2ZZgCp pic.twitter.com/CoY5sN7Yoz

“As Europeans are increasingly turning to digital in the ways they spend, save, and invest, we should be prepared to issue a digital euro, if needed.”

Lagarde’s comments on Sunday were part of a larger push for digital currencies. Earlier this year, she noted the ECB was looking at the technology “very seriously.”

We need to fully reap the potential gains from digital technologies and, at the same time, make sure labor markets remain inclusive,” she said in September “If we don’t, we risk creating a new divide, and we can already see gaps opening up when we look at differences in wages, education levels, and gender.”

Ironically, Lagarde’s comments on the potential CBDC came on a Twitter thread also describing the ECB’s stimulus efforts earlier this year, which saw the interbank group sanction billions of dollars towards the betterment of the economy as the coronavirus wreaked havoc earlier this year.

While the move was arguably benevolent, it the similar to the backdrop of Bitcoin’s formation in 2008, when the US government bailed out corrupt officials and banks to the tune of billions of dollars and created a notorious cycle of money printing and debt.

But while that backdrop produced crypto as we know it today, this time it’s banks and global governments jumping on the prospects of a digital currency — for better or worse.

This year, in Europe alone, France, Germany, the Netherlands, and Norway have all considered or liaisoned over the creation of a CBDC, with a particular focus on regulation and mitigating any risks associated with the new technology.

The European Central Bank (ECB), Eurozone’s chief financial regulator, has released its report on cryptocurrencies and their implications on the financial stability of the region.

In a February blog post, economists from the IMF proposed a policy that taxes bank deposits instead of allowing them to accumulate interest.