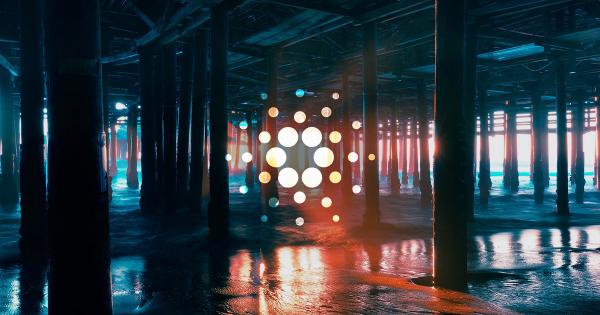 The effort to improve communication with the Cardano (ADA) community has revealed the scope of work and research that has gone into the platform. According to Charles Hoskinson, the CEO of IOHK, the fruits of almost five years of labor will see the light of day in the next few months, marking the beginning of the end of IOHK’s involvement with the project.

Despite the tough competition, there are few projects as unique as Cardano. The research-based blockchain project is one of the most ambitious ones on the market, as it aims not to disrupt, but to revolutionize.

What makes Cardano unique is its use of peer review and formal methods. Charles Hoskinson, the CEO of IOHK, the company building the blockchain, said that the project was started to see whether it was possible to “write code differently.” As opposed to writing a whitepaper and making that the basis for the code, IOHK decided to go back to basics and start with good, old-fashioned math.

By using formal methods, a process of performing advanced mathematical analysis to software design, the company wanted to ensure that their final product will be as reliable and as robust as possible. However, the labor-intensive process came with a price.

Five years, to be exact, as the project began all the way back in 2015. While major developments have been made towards the end of last year, it wasn’t until 2020 that the project really started taking off.

The launch of the incentivized testnet for the Shelley era of Cardano was the most important milestone for the company in the past year or so, as it meant that most of the heavy lifting when it comes to infrastructure was almost done.

However, the speed Cardano has picked up is a two-sided blade. Hoskinson said that once the Shelley Incentivized Testnet was released, people started to see Cardano only through its output and completely ignore the amount of work that has been going on beneath the surface.

Five years of effort the teams behind Cardano have put in wouldn’t mean a thing if their product wasn’t good. While community participation is a good sign, third-party validation is the true measure of a product’s value. According to Hoskinson, the first security report for Cardano has just been released, and while it contains both the good and the bad parts of the code, it shows that everything was done correctly and with the product’s longevity in mind.

Once all of the issues raised in the report have been resolved, a detailed report will be published, Hoskinson said.

Hoskinson said that he was extremely proud of what they achieved so far, saying that it was among the first, if not the first, company to build a pipeline that connected formal methods, peer-reviewed research, and practical testing. The years of research and development put in by the teams behind Cardano all led to the release of the incentivized testnet for Shelley.

The outspoken CEO went on to explain why the testnet was so important for the development of Cardano. Hoskinson said that the point of introducing incentives into the testnet was to facilitate a broad discussion with the Cardano community about the experience of staking. By hearing the thoughts and concerns of the community, Cardano wanted to be able to better understand Ourbouros, its native staking protocol, and create the tools users and developers need.

And the painstakingly thought-out approach has worked out. With more than 1000 registered staking pools and new ones being created almost every day, the incentivized testnet has exceeded all expectations. Hoskinson noted that while the company believed the testnet would be a success with a hundred stake pools, they doubted more than 50 would ever be created. The overwhelming participation and interest in the incentivized testnet showed that the company was on the right track, Hoskinson said.

Investing in the community is a smart move for Cardano. The ultimate goal of IOHK is to relinquish all control over the project and leave it in the hands of its users, who will use its advanced governance system with improvement proposals and enhancement processes to run Cardano. This is the only way Cardano can be a truly decentralized blockchain and cryptocurrency, Hoskinson explained.

Now that the science is almost done, Cardano is moving to the explanation phase

After the Shelley mainnet is released, the Cardano teams will push on right ahead with Goguen, the blockchain’s next iteration. While Shelley will decentralize the core of the blockchain by introducing staking, Goguen will enable users to create decentralized applications (dApps) on Cardano.

Efforts to create and improve multi-asset management, identity, oracles, channels handling metadata that flows through transactions, development experiences, and Ethereum interoperability are all currently underway, Hoskinson said. He noted that all of the work that has been put into Shelley in the past few months has been going on in parallel to the work being done on Goguen.

The company’s upcoming updates and releases show sudden pace Cardano has picked up didn’t come out of the blue.

“These are the fruits of years of efforts,” Hoskinson said, adding that the sole focus for the next few months will be to deliver the products and updates they’ve been working on in the past year.

One of the most important efforts the company has taken on was to improve its communication. Hoskinson admitted that neither IOHK nor its partners the Cardano Foundation and EMURGO have done that great of a job when it comes to community engagement. This, however, is no longer an issue.

Hoskinson was very open about the company’s plans in the next few months. This month, the company will launch a Byron reboot code and begin the process of transitioning users from the Rust incentivized testnet to its Haskell version. The process, Hoskinson noted, will take between 3 and 4 weeks. February 20 will bring about the much-awaited Ouroboros BFT (Ouroboros Byzantine Fault Tolerance) hard fork, while a major upgrade of Cardano Docs should also be completed by the end of the month.

Once all of the Incentivized Testnet users have been transitioned to the Haskell product, the company will begin releasing updates related to its consumer side, which will, among other things, enable users to verify the balances they made in the testnet.

Much of March and April will be spent on transitioning the Incentivized Testnet to work on Basho, the era of Cardano that will focus on scalability and interoperability of the network. New, original contributions to the Haskell code will be made in the meantime. Hoskinson explained that adding original code will help Cardano create the basis for securing “new partnerships,” but didn’t reveal whether or not the company had any concrete plans.

He did say, however, that they were having “aggressive” conversations with partners and commercial organizations to create use cases and commercialize Cardano.

“We really do have a shot at replacing the global payment and settlement systems with what we’ve accomplished with Cardano.”

When it comes to plans for IOHK, Hoskinson stated that the latest developments with Cardano were bittersweet. The more Cardano looks like a finished product, the less stake IOHK will have in it.

“This book is slowly coming to an end.”

While there is still a long way to go and a lot of work to be done before IOHK can pack up their bags and leave, Hoskinson said that he hopes they have already laid the foundations for a system that will be sustainable and scalable even when left to its own devices.