ASMR crypto art will stir up the NFT market–while calming you down, xtingles founder explains

CryptoSlate talked to the founder of the world’s first ASMR NFT marketplace about the future of therapeutic sound-led visual crypto art and the impact it is about to have on the market. 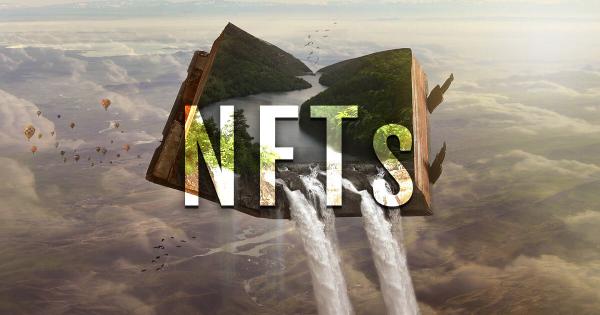 Image by Rogier Hoekstra from Pixabay

While “utility” became one of the most common topics in the NFT space, chased by artists and entrepreneurs as the magic ingredient for success, Andrew Fai started a platform that is bringing audio-visual Autonomous Sensory Meridian Response (ASMR) art on the blockchain.

According to Fai, “Digital Renaissance” is here, and while he has no doubt that NFTs will continue to play an even more significant role in the future, he also believes that more individuals will search for digital collectibles that can offer “an instant dose of relaxation and comfort.”

“As we enter a busy digital world, ASMR will take on an even greater importance of treating the prevalent anxiety, depression, and insomnia we have in our society. When’s the last time you heard that digital content can have such a calming and therapeutic effect on the mind? Welcome to the world of ASMR, bringing one step closer to relaxation, comfort, and sleep,” said Fai, explaining why therapeutic sound-led visual crypto art is poised to become huge in the coming years.

xtingles team size is about 17 people, and according to the founder, most of them are “heavy consumers” of ASMR.

“We notice there’s a major monetization bottleneck for ASMR in regards to Web2 streaming sites. Most ASMR artists are forced to drive continuous traffic by making content appealing to the newsfeed algorithm in hopes that they can generate more pay per view,” he added, explaining how he came up with the concept for xtingles.

The platform provides an alternative for this broken model, according to Fai, who like many perceives NFTs as the solution that will liberate artists–enabling them to focus on producing ownable content.

“Though Crypto Art is a subset of the larger NFT industry, we believe that there will be a stronger inclination for sound-based or sound-led visual crypto art rising. More attention will be put into sounds, especially therapeutic sounds, which can help calm people’s emotions,” concluded Fai.

The founder revealed xtingles is already working with the top 100 ASMR artists worldwide.

“We believe that it’s a matter of a few months when we get to work with top 10 ASMR artists to help them understand the potential of NFTs and empower them to focus on creating unique audiovisuals that can uniquely be owned by their super fans and collectors,” he added.

The platform will be enabling artists to insert unlockable content so that they can allow their NFTs to become access tokens.

“There’s much to be improved on and we will continue to do so,” said Fai, noting that the ASMR NFT marketplace was recently updated and now lists all the different edition numbers and different bid prices.

Building on the Flow blockchain

Fai revealed three main reasons behind xtingles’ decision to build on the Flow blockchain instead of Ethereum–environment, user-friendliness, and enthusiastic ecosystem.

“We knew that most of ASMR community members are deeply concerned about environmental concerns caused by Proof of Work, so Flow blockchain was the obvious choice as it is one of the greenest options available,” he explained.

Fai also pointed out that getting started with a Flow wallet (e.g. Blocto) literally takes about one minute and there’s almost no learning curve to using one.

The founder, who admitted being very impressed by the amount of attention Dapper Labs offers to help the ecosystem projects grow and succeed, revealed that  xtingles was asked by several VCs to consider Solana–offering similar benefits to that of Flow.

“It will be a big decision for us to drastically change the infrastructure and initiate bridging of our native Flow NFT assets to Solana blockchain. The good news is that we can recycle the entire front-end code if we were to contemplate on such a move,” he said.

“Of course the future is multi-chain, but we believe that choosing the right blockchain to issue native assets is absolutely essential,” concluded Fai.

The idea of DeStation Protocol was conceived by Andrew Fai, a serial blockchain entrepreneur. Learn More