As tensions mount over Ukraine, is Russia weening itself off dollars in favor of Bitcoin? Samuel Wan · 8 months ago · 2 min read
News › Russia› Bitcoin › Adoption

As tensions mount over Ukraine, is Russia weening itself off dollars in favor of Bitcoin?

Russia makes a U-turn on banning cryptocurrencies, some speculate this was a strategic move to side step sanctions if war did break out. 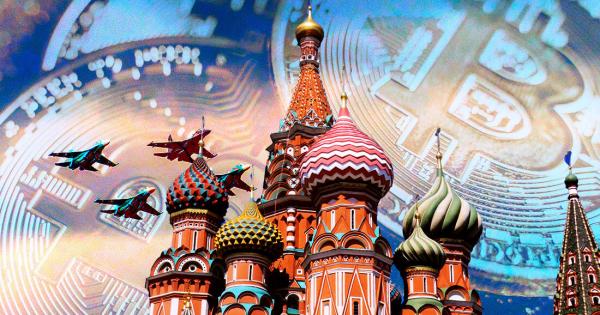 Wednesday saw Russia announce plans to recognize Bitcoin and other cryptocurrencies legally. Local news sources report that this paves the way to integrate digital currencies with its legacy financial system.

The move was met with surprise, as previously, the Russian central bank was posturing over an outright ban on cryptocurrencies. At the time, authorities said this would counteract money laundering and terrorist financing.

Observers can’t help but speculate whether this U-turn was related to rising tensions over Ukraine.

In a tweet, ex-Goldman Sachs Analyst Sophia Zaller implies U.S. sanction threats to cut Russia from the global financial system could be behind the move. Indeed, Bitcoin offers borderless and uncensorable transactions, giving the means to circumvent sanctions if the worst was to happen.

What does Russia want?

Ukraine was part of the Russian empire until it became an independent country through the dissolution of the Union of Soviet Socialist Republics (USSR) in 1991. Since then, Ukraine has cast off its Russian legacy and sought closer ties with the European Union.

However, Russia still sees Ukraine as part of its legacy and a pivotal stronghold to assert its influence in Europe and the wider world.

In 2014, Russia invaded and annexed the Crimean Peninsula to form the Republic of Crimea. Despite that, the U.N still considers Crimea part of Ukraine.

In a list of demands sent to the U.S. in December, Russia calls for an end to NATO drills near the Russian border and the cessation of any alliance between NATO and Ukraine.

With diplomatic efforts failing, both sides have amassed troops on either side of the border. Russia denies it intends to invade Ukraine and holds the West responsible for provoking the situation.

How likely is war?

Stocks and crypto are trading higher, with Bitcoin up 20% over the last week. Considering that, the Chief Market Strategist at InTheMoneyStocks.com, Gareth Soloway, deduces that, as things stand, a Russia-Ukraine war is unlikely.

“Right now, I take the market as the best indicator of what’s going to happen. And right now, the market’s not scared so I’m not scared at this point.”

Soloway added that Russia is “calling the bluff of the West,” and he sees no “upside” for Russia in invading Ukraine.

On that, Kitco host David Lin pointed out that, with China being allied with Russia, the situation has wider political consequences than just what is happening at the Russia-Ukraine border.

Either way, the actions of all involved are inadvertently leading to greater Bitcoin adoption. First, with Russia making a U-turn on banning Bitcoin, and, if war does break out, in Bitcoin’s use in place of the dollar.

While no right-minded individual wants to see war, recognizing Bitcoin does give Russia options. In turn, suggests Russia is readying itself for life without U.S. dollars.

Russia to reportedly consider crypto use for international payments