It’s easy to reduce cryptocurrencies to the two leaders in the field: Bitcoin and Ethereum. 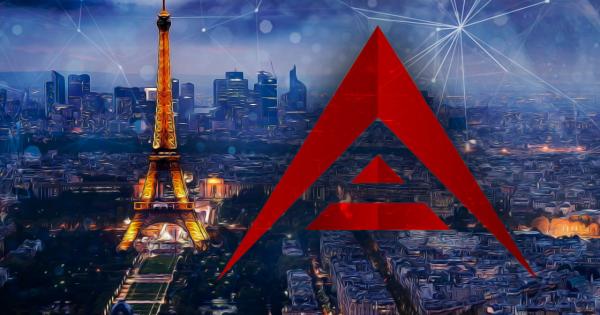 It’s easy to reduce cryptocurrencies to the two leaders in the field: Bitcoin and Ethereum. After all, only one cryptocurrency has surpassed $10,000, and only one is developing a blockchain network that’s being explored by Microsoft, J.P. Morgan Chase, and BP.

However, the cryptocurrency market is an expansive arena that includes hundreds of different currencies that are serving a wide variety of purposes. They extend across many different blockchains, though some are more popular than others.

As the cryptocurrency market matures, it’s interesting to consider how all of these different blockchains might work together and how these various cryptocurrencies can interact with one another. The answer seems to be ARK, a unique blockchain and digital token that’s connecting every other blockchain.

There is no shortage of blockchain startups, so it’s unique to find one that’s as compelling as ARK. Having incorporated in France as a cooperative society, ARK is a more traditional investor experience in which every investor is allotted a vote on issues, so it is prioritizing community consensus along with technological innovation.

A Little Bit of Background

ARK launched as an ICO in 2016. Initially, the ICO failed to raise the capital that the group expected. It raised less than $1 million, but the team continued to develop the ARK platform. This reshaped the project and forced developers to streamline their focus on building far-reaching blockchain community.

One of the primary hangups for blockchain startups is their legal standing as a company. By nature, the blockchain is an international endeavor that draws attention from an equally diverse audience. Therefore, developing a legal framework was the next significant challenge.

After exploring several options, including non-profit status and offshore corporations, ARK decided to settled on incorporation in France as the best option for the project.

After consulting international legal teams, ARK attained the designation of a General Interest Co-operative (SCIC) which means that all SCIC members are shareholders, and each shareholder is awarded one vote toward voting measures.

ARK’s road to SCIC status wasn’t smooth, but the result is a highly ambitious company with the potential to make an outsized impact on the blockchain ecosystem.

Ark is the cryptocurrency of cryptocurrencies. Its goal is to create a platform that connects currencies and blockchains so that token holders can experience the unique, niche aspects of the crypto-ecosystem while also having a unified platform to execute smart contracts and other blockchain-based interactions.

Undoubtedly, ARK has a compelling company narrative, but its desire and ability to establish connections between previously disparate blockchains is one of the most transformative measures to enter the crypto space this year.

For the blockchain and crypto-economy to continue to thrive, these connections creative a cohesive network of blockchains and cryptocurrencies that are more applicable to the real-world and more usable for adopters.

Where They Are Going

As with all ICOs, there is a necessary assessment between the value of the digital currency and the capabilities of the system that it powers. In this respect, ARK’s token is doing better than its concrete implementation of blockchain connectivity.

Its technical contributions continue to be a work in progress. Its technology is capable of connecting blockchains and cryptocurrencies, but the scope of its adoption is still to be determined. Moreover, ARK is a uniquely ambitious company because it has more than twenty clear priorities that are at different levels of development.

ARK’s status as an SCIC is what sets it apart. It has already done the hard work of establishing legality, something that many blockchain startups are saving for another day. ARK’s plan is a good idea, and it is legally prepared and enthusiastically ready to make a significant attempt at altering the blockchain landscape.

This is a promise that we often hear from new start-ups, but somehow ARK feels more like the mature young professional in a crowded room full of college students.