Apple users will be able to trade NFTs directly from the app, using an in-app purchase feature that allows for minting, listing, and transferring NFTs. 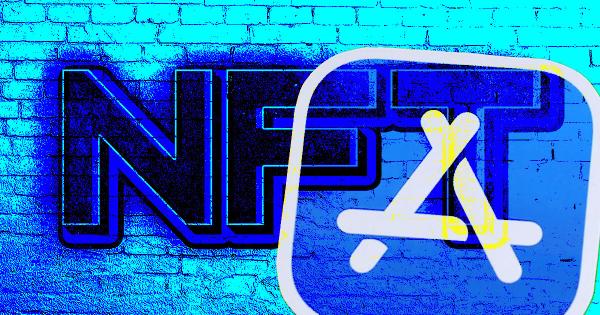 Tech giant Apple has announced guidelines to direct how developers create and facilitate in-app purchases of non-fungible tokens (NFTs) on their iOS apps.

In the updated App Store review guidelines, Apple said that developers will be allowed to issue NFTs on their apps, however, they cannot be used to unlock additional features or content.

Apple users will be able to trade NFTs directly from the app, using an in-app purchase feature that allows for minting, listing, and transferring NFTs.

However, developers are not permitted to integrate features that redirect users to purchase NFTs from other platforms.

“Apps may allow users to browse NFT collections owned by others, provided that the apps may not include buttons, external links, or other calls to action that direct customers to purchasing mechanisms other than in-app purchase,” Apple stated.

In addition, apps are not allowed to unlock additional functionalities that involve cryptocurrencies, and cryptocurrency wallets.

Apple mentioned that developers could optimize their apps to facilitate cryptocurrency transactions on only licensed exchanges.

Concerns over 30% tax on NFTs

Apple’s move to allow in-app purchases of NFTs was met with mixed reactions from the crypto community, with a majority stating that Apple is only in for the money.

Usually, every in-app purchase on the Apple store attracts a 30% tax charge. As a result, all NFTs purchases made from iOS apps will attract an extra 30% fee.

Epic Games CEO Tim Sweeney who is a strong critic of Apple’s high tax rate said that Apple only supports NFTs they can tax, and ban those they can’t tax.

To cryptocurrency enthusiasts, this means Apple is now adding a 30% tax on your so-called “true ownership” of digital goods.

To crytocurrency detractors, this shows Apple’s motivations are only money. For digital items, they support NFTs they tax, and ban NFTs they don’t tax. https://t.co/RWZC1rSUwh 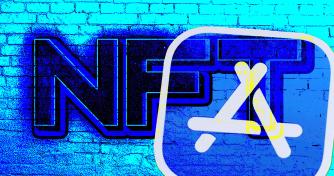 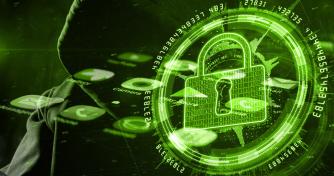 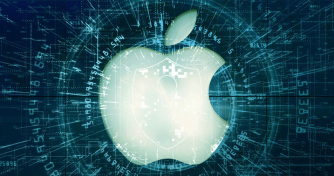