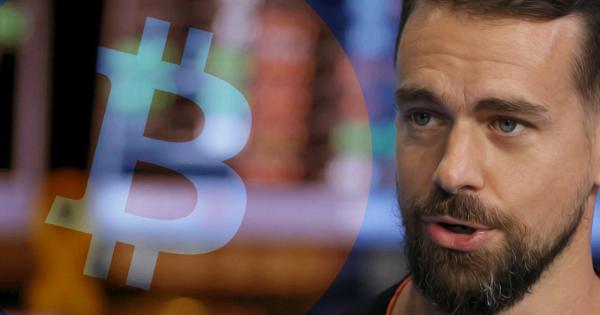 In a report published by the British newspaper “The Times,” the visionary businessman behind Twitter and Square claimed he is convinced that Bitcoin will overtake the Dollar and FIAT money as the world’s single currency.

Bitcoin is, without a doubt, the most widely adopted and trusted cryptocurrency in the world. All the other cryptos are based in one way or another on the technology that its creator, Satoshi Nakamoto, conceived when he published his whitepaper in a cryptography forum.

Ever since the publication of that paper, began a revolution of such dimensions that some catalog blockchain as “the most significant invention since the internet and electricity “.

One of those who embrace this idea is Jack Dorsey, Chief Executive Officer of Twitter, who has expressed confidence in the advantages of using Bitcoin over FIAT. A phenomenon that, if widely adopted, will allow it to overtake traditional money in popularity and convenience at some point in the future:

A long way ahead

The evolution of Bitcoin as a medium of exchange makes it easy to appreciate the feasibility of this forecast:

From the first transaction in which Laszlo Hanyecz dared to play with the possibility of using Bitcoin as a substitute for money with the purchase of 2 pizzas of 25 dollars per 10000 Bitcoins, giving it a “real” value of approximately 0.005$.

However, Mr. Dorsey mentions that so far Bitcoin has some disadvantages due to the accelerated adoption rate that a paradigm shift in traditional finances is unlikely to occur in the near future. Dorsey’s opinion is not far from that of other investors:

(Bitcoin) does not have the capabilities right now to become an effective currency (…) It’s slow and it’s costly, but as more and more people have it, those things go away. There are newer technologies that build off of blockchain and make it more approachable,”

As you can see, the visionary businessman remains optimistic. The past behavior of Bitcoin Prices, as well as the technological advances he mentioned, mean that, according to his opinion, a global adoption could take “probably over ten years, but it could go faster”.

A man of deeds rather than words

Dorsey has proven to be an entrepreneur who knows how to adapt to changes. He understood the need for microblogging and created Twitter at a time when extensive blogging was the norm, then ventured into providing portable payment solutions for small businesses and created Square, a company that essentially turns any smartphone into a credit card reader.

And just as he previously dared to solve the problems and needs of users’ daily lives, the words “slow and costly,” which are characteristics that have slowed down Bitcoin’s progress, are precisely the obstacles he has set out to overcome.

According to reports, Dorsey is one of the most important funders of Lighting Labs, the team behind Lighting Network, a software initiative that would make it possible to carry out transactions in Bitcoin in an immediate way, with laughable fees and allowing Atomic Swaps among different blockchains (solving the problems that Dorsey mentioned).

In short, according to the words of Lightning Labs CEO Elizabeth Stark, the revolutionary solution works as a software layer that runs on top of the blockchain network:

The words of someone with such a reputation as Dorsey are encouraging for the ecosystem of cryptocurrencies.

Dorsey’s support, the positive words sent by Mark Carney to the G20, and the possible elimination of BitLicense to promote cryptocurrency-related activities in the multi-billion dollar market paradise of New York have caused Bitcoin to rise in short-term “candles.” A behavior that could set a trend for longer periods.