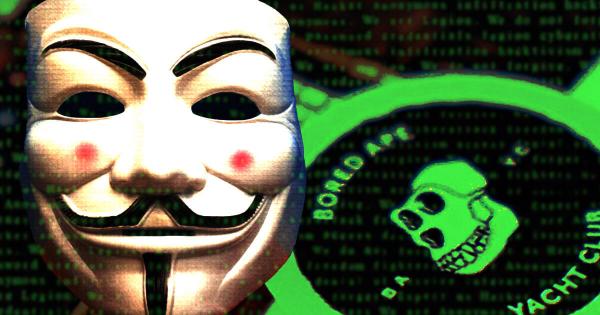 Decentralized activist group Anonymous has released a new video detailing their investigation — which began Aug. 14 — into the use of esoteric imagery in the Bored Ape Yacht Club (BAYC) NFT collection.

In the video, the group stated that “without a shadow of doubt,” both BAYC and Yuga Labs are complicit in knowingly branding their products with esoteric symbolism related to Nazism and other extreme ideologies.

“It is at this time we would like to announce that without a shadow of doubt, Anonyomous is certain that the Bored Ape Yacht Club and Yuga Labs brand are infected with not one or two, but with dozens of examples of esoteric symbolism and dog whistles reflecting Nazism, racism, Simianization, and pedophilia support.”

“The accusations that the BAYC collection have been facing, since last December, are far more nefarious than whatever the scam of the week is, that week in the NFT space.”

The group wishes to shine a light on the accusations, calling for a period of further examination and amnesty as the community gets to grips with the “hidden in plain sight” trolling Yuga Labs is accused of.

On June 24, Yuga Labs filed a lawsuit against conceptual artist Ryder Ripps, Jeremy Cahen, and “Does 1-10.” The allegations include false designation of origin, false advertising, cybersquatting, and trademark infringement.

Ripps created RR/BAYC weeks before the lawsuit filing. It features identical imagery to the original BAYC collection. He has always maintained that the RR/BAYC collection was about pushing the boundaries of digital images as they pertain to intellectual property and of greater relevance to digital assets, and how these boundaries intersect with the nascent non-fungible marketplace.

“My recent NFT work has been centered around provocations and inquiries regarding the nature of NFT, provenance and digital ownership. Provenance has always been the definitive aspect in establishing an artwork’s meaning and value.”

Since then, Ripps has fired back, saying the lawsuit is an attempt to silence his claims that BAYC is linked to Nazism. For example, the likeness of the BAYC logo to the emblem of the Totenkopfy – an elite division of the Waffen-SS.

so you're telling me a fully tattooed hindu jew who only eats cheeseburgers named his company "yuga labs" after the "kali yuga", a term neo nazi richard spenser has discussed for 7 years, and the logo for the company looks like a nazi emblem… just by coincidence? lol.. pic.twitter.com/ySBlaqAg0c

In a Medium post, Gordon Goner, AKA Yuga Labs co-founder Greg Solano, emphatically denied the allegations as “a crazy disinformation campaign,” which is perplexing considering the team is comprised of “Jewish, Turkish, Pakistani, and Cuban friends.”

In response to the denial, Anonymous told CryptoSlate:

“There’s a phenomenon known as ‘multiracial white supremacy,’ if one is looking for a starting point to understanding how this is possible.

It’s important to understand that the accusations seen on twitter about the BAYC collection, seem to point more to a general sense of accelerationism, than just simple ‘racism.'”

CryptoSlate asked Anonymous what the end goal was and why the group does not intend to pursue a “hacktivism” approach, to which the group responded that:

“Dialogue is what’s important here. Everyone has a threshold of how many coincidences are ‘too many’ coincidences before something appears to be intentional. “

Anonymous has spent the prior weeks investigating the allegations and concluded that the claims could not be passed off as a conspiracy theory. To advance the issue further, they seek to address the following:

“Did you think you could embed and inject these sick concepts simply because you understand esoterism and accelerationism better than the rest of the world?”

With that question, Anonymous challenged BAYC founders Greg Solano and Wiley Aronow to a live debate with “a representative of our choosing,” to discuss the concepts of esoterism and accelerationism.

The group confirmed it intends to take action only by shedding light on the matter rather than hacktivism. 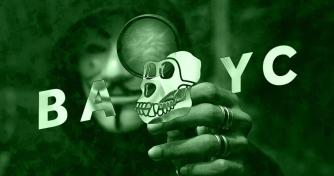 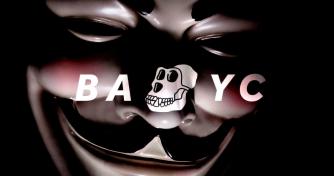 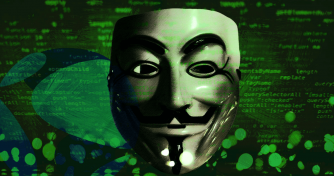