Bitcoin’s bulls took a hit today after the cryptocurrency faced a violent rejection at $7,700 that led BTC as low as $7,250 before it found enough support to halt this downwards movement. 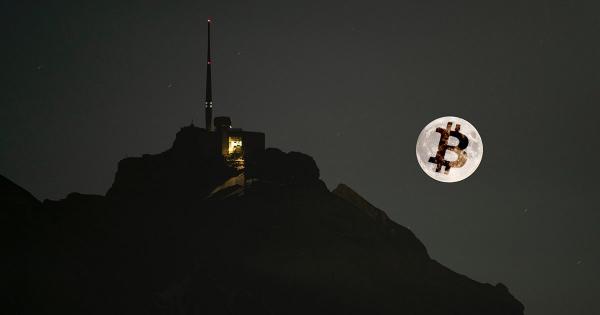 Bitcoin’s bulls took a hit today after the cryptocurrency faced a violent rejection at $7,700 that led BTC as low as $7,250 before it found enough support to halt this downwards movement.

It is important to note that recent fundamental and technical developments still heavily favor the cryptocurrency’s buyers, which may mean that this latest movement will be fleeting and followed by an extension of the upwards momentum BTC has had over the past few days.

At the time of writing, Bitcoin is trading down roughly 2 percent at its current price of $7,330, which marks a notable decline from its daily highs of $7,700 that was set in a sharp upward movement earlier today just prior to the ongoing drop.

BTC has been caught within a firm uptrend ever since it dropped to lows of $6,400 last Wednesday, and its response to this level has led many investors to believe that these lows could mark a long-term bottom for the cryptocurrency.

Although this momentum was decisively halted by sellers today, it is important to note that Bitcoin’s strong weekly close it posted yesterday may signal that further bullishness is imminent.

HornHairs, a popular cryptocurrency analyst on Twitter, explained in a recent tweet that yesterday’s weekly close looks like a “bottle rocket” and that the crypto could be on the verge of confirming a long-term bullish reversal.

“$BTC: The weekly close looks like a bottle rocket. Great start for what I look for in a reversal. If price can break AND close above the swing low from September there would be reason to believe in a longer term bottom,” he explained while pointing to the chart seen below.

Adding to its current technical bullishness is the fact that Bitcoin is currently showing signs of having robust fundamental strength.

Coin Metrics, a cryptocurrency and blockchain research group, explained in a recent tweet that BTC’s hash rate – which is an oft cited indicator of the crypto’s network strength – is expressing steady growth over the past 48 hours.

“Bitcoin’s hash rate (48 hr) is performing exceptionally well in the face of weak $BTC price action, currently sitting at levels not seen since October,” they noted.

When taking into account Bitcoin’s fundamental and technical strength, it is highly possible that the sell-off the crypto is currently experiencing will be short-lived.